I’ve grown many plants from seeds and they have all survived many winters now without any problem. 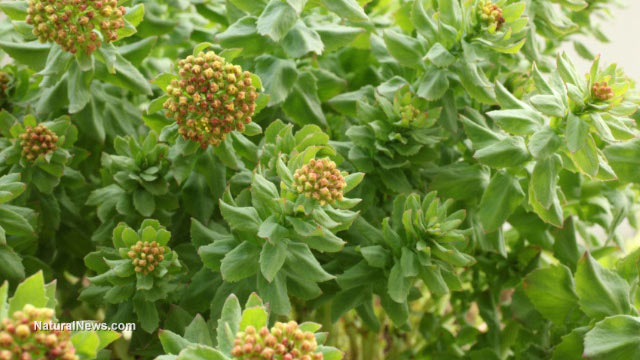 The history of herbal medicine is pretty amazing. All around the world, for thousands of years, herbalists and natural practitioners have developed an impressive body of knowledge about the healing properties of thousands of different plants and herbs to help treat virtually every malady known to man. Some plants, like willow bark, were valued for specific medical properties: In this case, to break fevers and reduce pain and inflammation. Other herbs and plants were valued because of their ability to improve overall health and general quality of life. One such herb is Rhodiola rosea (also known as golden root). Rhodiola has been used in Ayurvedic medicine and other natural healing traditions in Asia for thousands of years and has long been valued for its general tonic properties. And modern science appears to be backing this up. Read on to find out more about the health benefits – including increased longevity – bestowed by this amazing herb.

This latest study on Rhodiola, a yellow-flowering alpine plant and one with a long history of medicinal use, is come out of the University of California, Irvine. Here, scientists are looking at the effects this plant can have on the human body.

To begin with, the found that the benefits of taking Rhodiola are unrelated to diet and that active ingredients in this plant improve health by acting on a complex of biological pathways to support better overall bodily functions and lengthen the lifespan. This discovery is considered to be significant: Traditionally, the medical community has held that dietary restriction is one of the key components of lengthening lifespan, especially restriction of things like sodium and saturated fats. In fact, however, Rhodiola worked even when there was not dietary restriction placed on the fruit flies.

Increased quantity – and quality – of life

This study, which did take place on fruit flies, did indeed find that regular use of Rhodiola did improve the lifespan of the fruit flies – and significantly, around 25 percent. Because of this, researchers speculate that the use of this herb could possibly help increase the longevity of those who are already healthy. This makes Rhodiola‘s active compounds different from, for instance, resveratrol. Resveratrol is an active compound found in red grapes or red wine and has been shown to also increase life expectancy, but only on those who are overweight or in some other way unhealthy.

The scientists also noted that not only did Rhodiola increase the life expectancy, but it also delayed the loss of physical performance which is considered to be a natural part of the aging process (in fruit flies and humans!) and thus presumably not only enhanced the quantity but the quality of life.

In conclusion, while the researchers acknowledge that further studies are needed to better understand the way that Rhodiola works in the human body – and if it can promote longevity in humans – this preliminary study is certainly thought-provoking. It would hopefully lead in the future to more in-depth studies that will give science a better understanding of Rhodiola‘s life-extending potential.