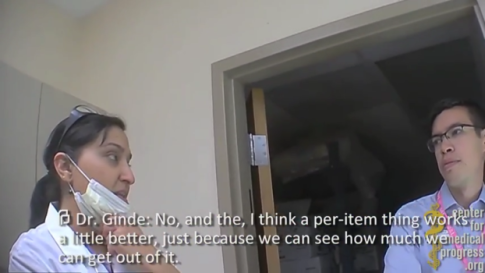 “I think a per-item thing works a little better, just because we can see how much we can get out of it.”

As pretty much everybody with a functioning soul is pointing out, Planned Parenthood gets paid for abortions already. If all they cared about was using dead babies for medical research – which is horrid itself, if you think about it – they’d let the biotech ghouls just take the dead babies away, and let the ghouls assume financial responsibility for cleanup and transport. But when someone breaks up a baby on a pie dish and tells a biotech ghoul that they’d prefer a per-piece than a flat rate, guess what? They’re in it for the money.

They’re all in it for the money.

PS: Imagine the world that these people must live in. No, seriously, imagine it. It’s a prerequisite for removing it.