Dr. Michelle (Shelley) McGuire has led a team of researchers from Washington State University (WSU), including Monsanto, in a study that has allegedly found US mothers’ breast milk to be glyphosate-free. 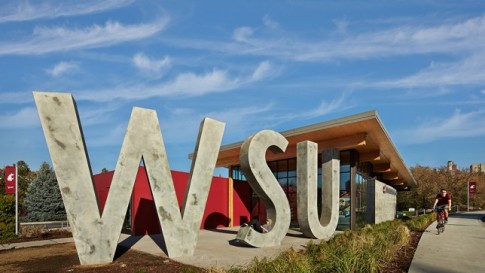 Without releasing full details of the method or the limits of quantification used McGuire stated in a WSU press release Thursday that her and Monsanto’s study “strongly suggests that glyphosate does not bioaccumulate and is not present in human milk.”

McGuire and Monsanto’s study directly contradicts validated and low LOQ testing in Germany that was carried out earlier in 2015 which showed that German women’s breast milk contained glyphosate at levels between 0.210 and 0.432 ng/ml.

The WSU Press Release of Dr. McGuire’s joint study with Monsanto and Covance Laboratories seems to attack the Moms Across America / Sustainable Pulse 2014 pilot testing on glyphosate in breast milk more than it gives information about their own study, however it completely misses out on comments about the German study.

Dr. McGuire also fails to mention that she turned to both Moms Across America and Sustainable Pulse for help in June 2015 seemingly needing help with Monsanto’s analytical methods; “As you know, these assays are tricky and it would be very nice to see the details of the analysis you all have worked up in this regard.”

Sustainable Pulse and Moms Across America (MAA) have thus decided to dissect the WSU Press Release from top to bottom (Please find this dissection at the end of this article).

Dr Mark McGuire’s research is also funded by the Gates Foundation, which is strongly promoting GM crops and their associated pesticides including glyphosate, especially in Africa.

Dr. Shelley McGuire is herself the spokesperson for the American Society of Nutrition, which has disclosed massive conflicts of interest. The list of food companies for which they consult or advise includes Coca-Cola, PepsiCo, The Sugar Association, The National Restaurant Association, ConAgra, McDonald’s, Kellogg, Mars, and many others.

In 2014 just days after the Sustainable Pulse / Moms Across America pilot study was released showing that US mothers’ breast milk contains glyphosate, Dr. Shelley McGuire was put in touch by her husband’s contacts with Dr. Dan Goldstein, Monsanto’s Medical Sciences and Outreach Senior Scientist. Goldstein was leading a desperate attempt at the time to come up with some data to save Monsanto’s number one product – Roundup (a glyphosate-based herbicide) – from public crucifixion.

From this point on Dr. Shelley McGuire has helped Monsanto to reach their goal: Glyphosate–free breast milk.

WSU Press Release: Washington State University scientists have found that glyphosate, the main ingredient in the herbicide Roundup, does not accumulate in mother’s breast milk.

Sustainable Pulse/MAA response: You can make this bold claim based on a 41 woman pilot study with all the analysis done by Monsanto, which sells more glyphosate than anyone else in the World?

WSU Press Release: Michelle McGuire, an associate professor in the WSU School of Biological Sciences, is the lead researcher of the study, which is the first to have its results independently verified by an accredited, outside organization.

WSU Press Release: “The Moms Across America study flat out got it wrong,” said McGuire, who is an executive committee member for the International Society for Research in Human Milk and Lactation and a national spokesperson for the American Society for Nutrition. “Our study provides strong evidence that glyphosate is not in human milk. The MAA findings are unverified, not consistent with published safety data and are based off an assay designed to test for glyphosate in water, not breast milk.”

Sustainable Pulse/MAA response: This is a very bold statement and Dr. McGuire / Monsanto’s study has already shown to be “flat out wrong” by a German study?

WSU Press Release: Independent regulatory and safety assessments of glyphosate conducted by scientists at organizations like the…have found no consistent effects of glyphosate exposure on reproductive health or developing offspring.

Sustainable Pulse/MAA response: We did not know that Dr. Shelley McGuire is more of an expert than the World Health Organization on the dangers of glyphosate. WHO recently announced that glyphosate is a probable human carcinogen. Professor Christopher Portier, one of the co-authors of the World Health Organisation’s International Agency for Research on Cancer’s (IARC) recent report which determined Glyphosate’s status as a probable carcinogen, recently reiterated the IARC’s conclusions, and said: “Glyphosate is definitely genotoxic. There is no doubt in my mind.”

WSU Press Release: In McGuire’s research, she and her colleagues collected milk and urine samples from 41 lactating women living in or near the cities of Moscow, Idaho, and Pullman, Wash. The area is a highly productive agricultural region where glyphosate is routinely used in farming practices.

Sustainable Pulse/MAA response: Due to suggestions made by Dr. McGuire herself that the breast milk would be supplied to Monsanto from the breast milk bank at WSU we would like to see full traceability of the samples – were they really taken from women alongside their urine samples? Also it was not made clear when the samples were taken – were they taken in the last 20 years or before glyphosate herbicides were even produced?

Sustainable Pulse/MAA response: Considering that Dr. McGuire and Monsanto were seemingly struggling with method development just 1 month ago, it seems unlikely that the method, which has not been released, is either accurate or has low Limits of Quantification.

WSU Press Release: Urinary glyphosate levels were either non-existent or extremely low and not of concern, McGuire said.

Sustainable Pulse/MAA response: Over 90% of the US population has glyphosate in their urine. Dr McGuire is not qualified to judge if this is of concern or not.

Furthermore MAA requests a formal retraction and apology from WSU for insinuating that MAA attempted to declare breast milk unsafe. MAA clearly stated when reporting the testing that “Moms Across America feels very strongly that breast milk should still be the number one choice for mothers and certainly preferred over GMO soy formula ingredients. We just urge all mothers to eat as organic as possible, especially meat, dairy, oils and grains that are sprayed with glyphosate at harvest as a drying agent.”