– The Federal Reserve And The $16 Trillion Bankster Bailout 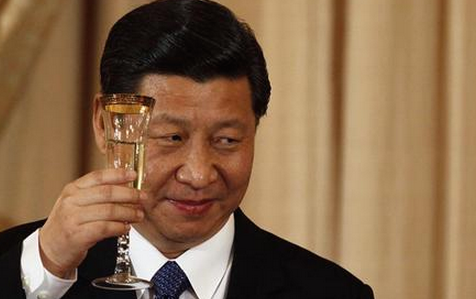 “With so many retail investors in China’s stock market, a collapse of share prices affects people’s savings, incomes and welfare. Many no doubt invested because they were confident in the government’s capacity to rescue the market. This may explain, in part, why Beijing intervened so quickly when the market plummeted. Still, while Beijing’s instinct to protect investors is understandable, the best way of doing so is to create a modern capital market.”

The quote featured above is from an FT op-ed penned by none other than everyone’s favorite bazooka-wielding, ex-Goldmanite Hank Paulson and as you might have gathered, there’s something particularly amusing about the former Treasury Secretary’s message to China.

Here is a man who once charged up Capitol Hill, stormed into Congress and demanded a multibillion dollar check for Wall Street telling Beijing that their stock market bailout is “understandable” but ultimately inappropriate.

In fact, both TARP and China’s official support for CSF amount to three-quarter trillion efforts to shore up flagging investor sentiment. Given Paulson’s experience with such things, perhaps he can help Beijing understand why so far, $800 billion has proven largely ineffective at restoring the country’s previously world-beating equity bubble. Here’s Reuters with more on a “stock rescue” plan that’s all “bark” and no “bite”:

China has enlisted $800 billion worth of public and private money to prop up its wobbly stock markets, a Reuters analysis shows, but the impact of the unprecedented government-orchestrated rescue has so far been modest.

Public statements, media reports and market data reveal that Beijing unleashed 5 trillion yuan (515 billion pounds) in funds – equivalent to nearly 10 percent of China’s GDP in 2014 and greater than the 4 trillion yuan it committed in response to the global financial crisis – to calm a savage share sell-off.

But while the 2008 stimulus package staved off recession, analysts wonder what benefit the stock rescue package can bring to offset the risk the government is buying stocks at valuations private investors are no longer willing to pay.

“I’m quite negative towards the rescue,” said Yang Weixiao, analyst at Founder Securities in Beijing.

“The problem is, all these measures only change the supply-demand relationship, without changing the fundamentals. So there’s no real support, and the calm could be only temporary. If the governments exits the bailout, prices could accelerate their journey back to fundamentals.”

And as we noted first earlier this week, the mere suggestion that the CSRC was set to lock the state-run, margin-trading Frankenstein back in the lab was enough to send futures reeling.

But through it all, a shift in retail sentiment from “it’s easier than farmwork” to “I’m now waiting for the market to rebound so that I can get out,” means that every centrally planned rip will be sold by the very same semi-literate housewives whose leveraged bid used to mean that every unexpected dip would be bought.

And that explains why China’s plunge protection is doomed to fail and has thus far been only marginally (no pun intended) effective. Here’s Reuters again:

But the response has been lukewarm.

While the market stabilised, with the Shanghai Composite Index .SSEC recovering about 20 percent by Thursday’s close from a low point around 3,300 points struck on July 8, it is still below the semi-official recovery target of 4,500 points.

Beijing has thus produced the equivalent of around 1 index point gain for every $1 billion committed.

And market stability remains untested given the large numbers of companies still subject to trading halts. Reuters calculations show that around 20 percent of listed companies in Shanghai and Shenzhen are not trading at present, down from around 40 percent before but still extremely high.

“If valuations are mean-reverting over time, which a lot of people think they are, that means that valuations could go down in the future,” said Batson. “Which means that whatever buying the government does today could end up imposing a longer-term financial cost.”

Of course, as Reuters goes on to note, the decision to give the CFS nearly a trillion dollars in dry powder may have been a move designed to remind investors that betting against the PBoC’s balance sheet is not a good idea (it’s the whole “don’t fight the Fed” argument). As one economist put it to Reuters, “presumably the whole point is to say that you are going to spend this money, and then by saying it you don’t actually have to spend it.”

We’re reminded of 2007, when the very same Hank Paulson whose latest ruminations appear atop this article said the following on the way to nationalizing Fannie and Freddie: “If you have a bazooka in your pocket and people know it, you probably won’t have to use it.”

Seven years and $3.5 trillion in Fed monetizations later, that has proven to be a profoundly naive assessment, which is why one should expect that when we look back seven years from now, the idea that “there’s no such thing as Chinese QE” will be just as laughable as Paulson’s contention that the monetary bazooka, once loaded, would rest harmlessly on the shoulders of the “independent”, “apolitical” FOMC never to be fired.