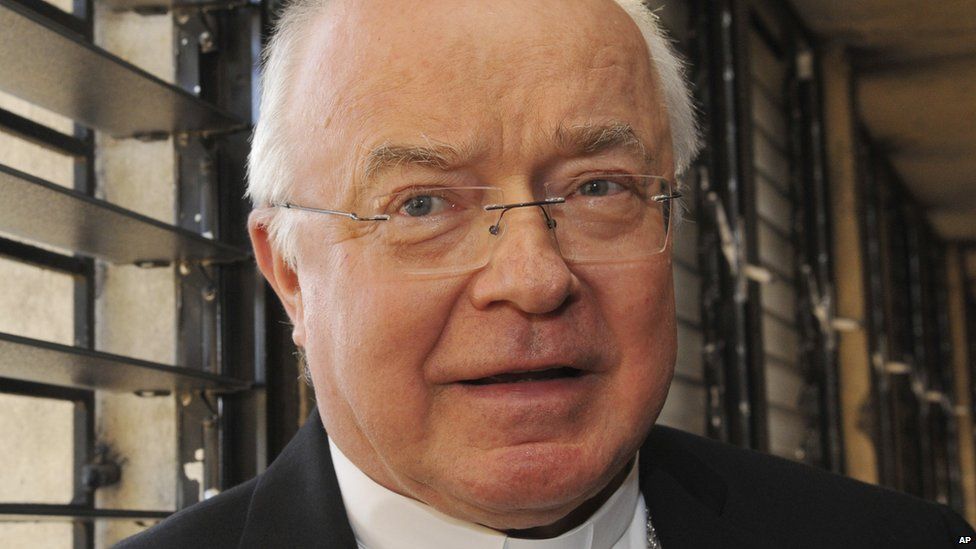 He is also charged with possession of child pornography.

If convicted, he could face between six and 10 years in a Vatican jail.

Pope Francis has overhauled the Vatican’s justice system to allow bishops to be tried in the Papal state, after the church was accused of not doing enough to tackle sex crimes against children.

The Vatican’s first child sex abuse trial opened yesterday and closed after six minutes when the defendant failed to turn up.

Jozef Wesolowski, 66, the Holy See’s former ambassador to the Dominican Republic, was supposed to appear before a tribunal within the walls of the Vatican to face charges of paying underage boys for sexual acts in the Caribbean country.

However, the former archbishop was taken to hospital hours before the hearing was due to start, with Vatican officials saying he was in intensive care for an “unexpected” but unspecified illness, probably related to heart problems and stress.

The opening hearing in the trial went ahead anyway, but was swiftly adjourned, with lawyers saying the trial would resume at a later date after Wesolowski has recovered.

The landmark trial is emblematic of Pope Francis’s determination to show zero-tolerance towards sexual abuse of children by Roman Catholic clergy.

Wesolowski served as the Vatican’s nuncio, or ambassador, to the Dominican Republic from 2008 to 2013, during which time he allegedly paid shoeshine boys to perform sexual acts after picking them up along the beachfront in Santo Domingo, the capital.

Wesolowski was defrocked by a Church court in June last year.

If found guilty, he could face up to seven years in jail, with the sentence likely to be served in an Italian prison, given that the Vatican has very limited detention facilities.

His case is one of the most damaging to hit the Catholic Church since the clerical sex abuse scandal first erupted in the US more than a decade ago.