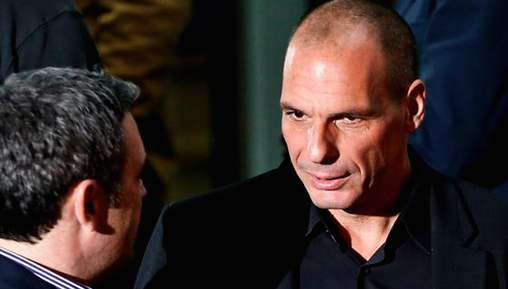 Yanis Varoufakis, fresh off a few relaxing days at his island getaway, will be back in the Greek parliament this week to weigh in on the “compromise” deal his successor Euclid Tsakalotos and PM Alexis Tsipras struck in Brussels over the weekend.

Considering the eyewitness accounts of the highly contentious Eurogroup meeting – out of which came the exceedingly punitive term sheet which would serve as the basis for Greece’s agreement with creditors – one can only imagine what might have unfolded if Varoufakis had been present for the “crazy kindergarten” finance minister free-for-all which reportedly took place on Saturday night.

For those curious to know what Yanis thinks about the deal, below are some “impressionistic thoughts” from the man himself. Highlights include the characterization of the Greek deal as a “decisive blow against the Euorpean project”, a “statement confirming that Greece acquiesces to becoming a vassal of the Eurogroup”, and the “culmination of a coup”.

On the Euro Summit’s Statement on Greece: First thoughts via Yanis Varoufakis

In the next hours and days, I shall be sitting in Parliament to assess the legislation that is part of the recent Euro Summit agreement on Greece. I am also looking forward to hearing in person from my comrades, Alexis Tsipras and Euclid Tsakalotos, who have been through so much over the past few days. Till then, I shall reserve judgment regarding the legislation before us. Meanwhile, here are some first, impressionistic thoughts stirred up by the Euro Summit’s Statement.