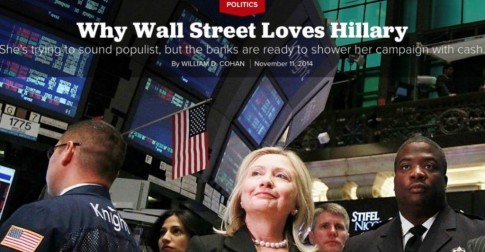 One of the most entertaining angles of the imperial spectacle known as the 2016 U.S. Presidential campaign, has been watching Hillary Clinton, the consummate insider, pretend to be an outsider. The fact that anyone eats this up is a testament to the epic stupidity and ignorance of the American public.

In her latest attempt at faux populism, Her Highness was found criticizing high frequency traders, as well as other Wall Street “fat cats,” with whom she is extremely cozy, during a speech at the New School. Her next stop? A fundraiser thrown by a high frequency trader.

From the Weekly Standard:

Today, in an economic speech at the New School in Manhattan, Hillary Clinton spoke out against short-term traders.

“The problems are not limited to the big banks that get all the headlines. Serious risks are emerging from institutions in the so-called shadow banking system, including hedge funds, high-frequency traders, non-bank finance companies,” said the Democratic presidential candidate.

Raj Fernando, the CEO of high-frequency trading firm Chopper Trading, is hosting a fundraiser for Clinton next week.

“Hillary Clinton is coming to Chicago for a private fundraiser July 21 hosted at the home of Raj Fernando, CEO of Chopper Trading, a high-frequency trading firm that recently was purchased by Chicago-based DRW,” Chicago Business reports.

More from the Hillary hall of fame:

How UCLA Tried to Negotiate a Lower Speaking Fee, but Hillary Clinton Refused and Demanded $300,000 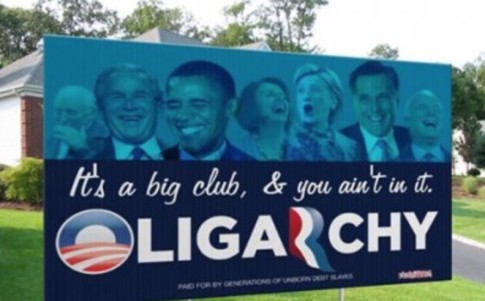