– Resources squandered on UK war machine could save 100s of millions from starvation (Stop the War Coalition, July 11, 2015):

Look at what could be done with the £37 billion Britain spends annually on its military and foreign wars. 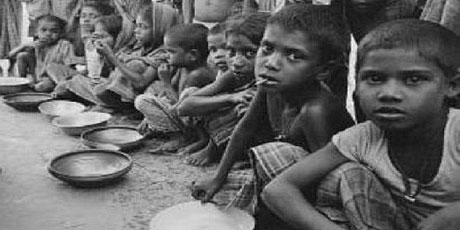 The UK government has committed itself to a 2 per cent of GDP military spending target for the next five years on the basis of demands for more foreign military interventions.

In each of the last 100 years Britain has been involved in military conflict somewhere on Earth. It is a habitual invader of other countries. Intense Anglo-American imperialist violence has played a key role in creating the current vicious and expanding cycle of conflict in the Middle East, North Africa and other parts of the Third World.

The wars in Afghanistan, Iraq, Libya and elsewhere have been a colossal waste of resources and of lives. A million people (as well as millions of animals) have been killed in the Second Iraq War and, according to a recent study, as many as 2 million people may have died as a result of the global terroristic “war on terror”.

Apart from continuing to cause extreme and mass suffering, these conflicts create immense bitterness against the West, Britain and the US in particular. More than a decade of savage war has shown that violence only breeds more violence and that hatred and bombing cannot bring peace. More interventions will only add fuel to this inferno of hatred and inhumanity.

War constitutes the sunset of civilisation. It should be obvious that money should instead be used to generously invest in re-building these wretched, war-stricken countries, to invest in education and human development, and to build bridges instead of creating more enemies for the West.

Britain’s military spending is already much higher than that of other European countries. Furthermore, the political elite is planning to squander £100 billion of public money on the new generation of Trident nuclear weapons. Military spending increased by 19 per cent in real terms between 1998 and 2008. More than 37 billion pounds are spent each year on the military and on foreign wars (the full figure is much higher and includes the increasing budget given to the security services, the cost of healthcare for veterans, etc.).

A recent report stated that the global cost of war last year alone was US$14 trillion. By comparison, the Food and Agriculture Organization of the UN claims that $30 billion a year would be sufficient to eradicate world hunger, which affects hundreds of millions of people. Professor Jean Ziegler (the UN’s former Special Rapporteur on the Right to Food) stated that around 36 million people are dying as a result of hunger and malnutrition every year. According to these figures, around half of the UK annual military budget would be sufficient to save the lives of tens of millions of starving people each year. The resources squandered on the UK military budget could therefore save the lives of hundreds of millions of people in the space of a single decade. We are living under an evil, grotesquely anti-human system.

Increased military spending is particularly wrong at a time when the Conservative government is implementing severe cuts in the budgets for healthcare, education and welfare. These are core public services which are essential for creating and sustaining civilised public life.

Instead of enriching private military corporations and the rest of the military establishment, resources should be channelled towards improving the education system, building a greener economy, housing the homeless, feeding the poor, and providing the best possible medical care for Britain’s population. Hundreds of thousands of people are facing homelessness in Britain, each year tens of thousands of people die of hypothermia because they cannot afford heating, thousands of people are facing long delays for cancer treatment and thousands of poor children are left to suffer and die each year due to a lack of funds for potentially life-saving cancer treatment. Real existential threats which affect a large segment of the British population are being callously disregarded while the causes and the extent of the terrorist threat are being intentionally misrepresented. One report found that more US citizens die each year due to being crushed by their own furniture than have died as a result of Islamist terrorism since 9/11. Besides, it is the brutal and cynical Anglo-American policy of permanent war and imperialist control which is fomenting extremism and violence. True human security is being sacrificed at the altar of the militarist Moloch. What are we actually defending when we’re shutting down hospitals and fire stations?

The peace movement needs to continually reveal the links between the British establishment’s commitment to perpetual war abroad and permanent structural violence at home. As Tony Benn wrote in 2005: “The Stop the War movement might even be regarded as a Start the Peace movement dedicated to challenging the capitalist concept of globalisation involving exploitation and bloodshed by offering a perspective of internationalism, cooperation and solidarity”.

Militarism and neoliberal austerity are inextricably linked, which is why the anti-war and anti-austerity movements have to work closely together. It is not possible to truly challenge either without challenging both at the same time. Stop the War Coalition is committed to maintaining its vital role in this united struggle for peace and social justice.

Daniel Jakopovich is a writer, researcher, a member of the Council of the International Peace Bureau and a national organiser of the Stop the War Coalition. He was a guest lecturer at the University of Cambridge and at several other universities. His forthcoming book is entitled Essays in Defence of Human Dignity.

Things you can do: