Just over a century ago last month, the assassination of Archduke Franz Ferdinand in Sarajevo sparked The Great War (or the “not so Great War” if you were unfortunate enough to be sitting in the muddy trenches of Western Europe) that would in many ways shape the 20th century.

On Saturday, just 80 miles east of Sarajevo, Serbian Prime Minister Aleksandar Vucic survived an “assassination” attempt while making an appearance at a ceremony in Srebrenica to commemorate the massacre of some 8,000 Muslims by Serb soldiers in 1995.

As a refresher, here’s what happened in Srebrenica, via CNN:

Starting on July 11, 1995, for three days, the ethnic Serb forces gunned down Muslim boys and men in and around Srebrenica. The sight of their broken bodies dumped into mass graves, belongings lining roadsides, and carnage strewn across fields forced the world’s eyes onto a broader campaign of ethnic cleansing.

Weeks after Srebrenica, NATO jets bombed Bosnian Serb positions for two weeks in Operation Deliberate Force. The Serbs surrendered, and months later both sides signed an accord worked out in Dayton, Ohio.

Vucic — a nationalist turned-pro-European moderate — attended the ceremony in what he thought would be perceived as a concilliatory gesture. That, apparently, was a miscalculation. Here’s CBS:

As Vucic entered the cemetery to lay flowers, thousands booed and whistled. A group of women from Belgrade, Serbia, who for years are demanding Serbia to admit it’s role in the slaughter, yelled “responsibility!” and “genocide!”

Someone threw a shoe at him, others threw water bottles and other objects. The crowd eventually chased Vucic away from the ceremony. A few people carried banners with his own wartime quote: “For every killed Serb, we will kill 100 Bosniaks.”

The “masses broke the fences and turned against us,” Vucic’s associate, Suzana Vasiljevic told AP.

As CBS goes on to note, the issue has clear impications for modern geopolitics:

This week, Russia vetoed a proposed U.N. Security Council resolution condemning the Srebrenica crime on request of Serbia because it contained the word “genocide.” In return, Srebrenica organizers withdrew an invitation to the Russian ambassador for Saturday’s ceremony.

Following the Russian veto, the European Parliament and the U.S. House of Representatives recognized the crime as genocide and foreign dignitaries – including Turkish Prime Minister Ahmet Davutoglu and Jordan’s Queen – repeated the word in their speeches.

President Barrack Obama said in a statement that “Only by holding the perpetrators of the genocide to account can we offer some measure of justice to help heal their loved ones. And only by calling evil by its name can we find the strength to overcome it.”

Here are the visuals of Vucic’s ‘brush with death’: 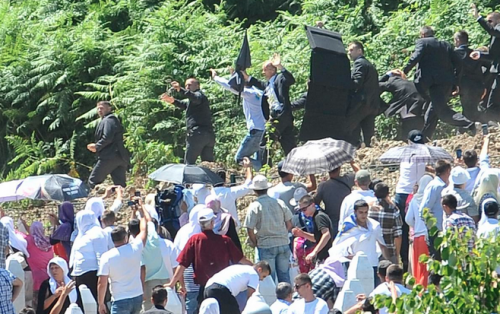 WW3 will start with an ‘assassination’, likely somebody of the caliber of Putin or Medvedev. 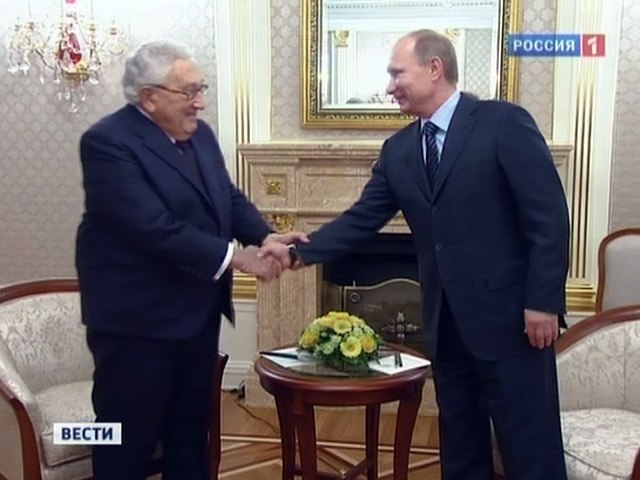 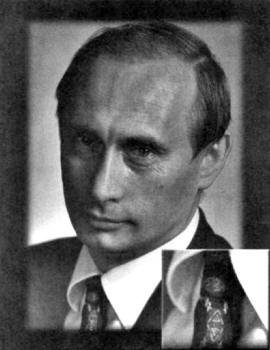 And if this is your friend… (more photos)

… and if you have the KGB under your command you probably know who your friends are.

After the assassination you have maybe just enough time to run to your safe place. (‘Probably’ NO full nuclear exchange.)

Before the assassination event civil war will break out in Germany, Italy & France and the pope will have to flee from the Vatican.

These are the last signs you will see.

That is how one of the best seers ever saw these events unfold.

How can these events be seen as inevitable if the future isn’t fixed?

Well, if forces that rule the world have “fixed” these events for us (and we allow them to unfold as planned) then these events ARE fixed.

In summary (as I’ve said HERE):

All the world’s a stage, and our leaders are all Illuminati (= Rothschild and the other 12 elite families) puppets.

And TPTB have the greatest financial/economic collapse and WW3 planned for us!