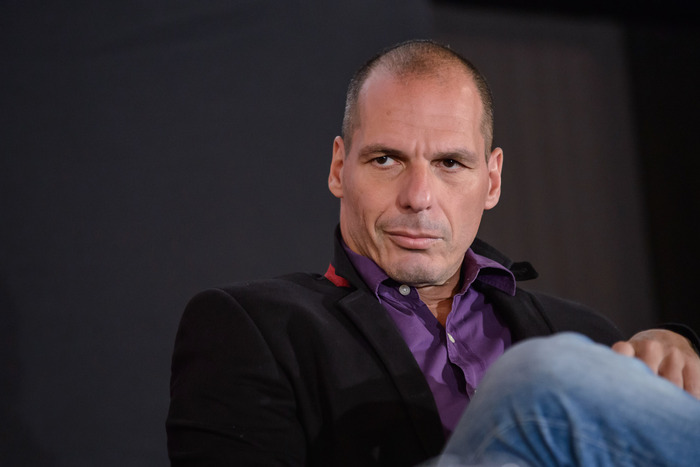 The Greek referendum landslide “No” vote came and went and just hours after its passage claimed its first head, which was – perhaps somewhat surprisingly – that of the Greek finance minister himself, Yanis Varoufakis, who many say orchestrated the referendum seen as a loud endorsement of the government’s actions. As of this morning he is no more. Here is why in his own words.

The referendum of 5th July will stay in history as a unique moment when a small European nation rose up against debt-bondage.

Like all struggles for democratic rights, so too this historic rejection of the Eurogroup’s 25th June ultimatum comes with a large price tag attached. It is, therefore, essential that the great capital bestowed upon our government by the splendid NO vote be invested immediately into a YES to a proper resolution – to an agreement that involves debt restructuring, less austerity, redistribution in favour of the needy, and real reforms.

Soon after the announcement of the referendum results, I was made aware of a certain preference by some Eurogroup participants, and assorted ‘partners’, for my… ‘absence’ from its meetings; an idea that the Prime Minister judged to be potentially helpful to him in reaching an agreement. For this reason I am leaving the Ministry of Finance today.

I consider it my duty to help Alexis Tsipras exploit, as he sees fit, the capital that the Greek people granted us through yesterday’s referendum.

And I shall wear the creditors’ loathing with pride.

We of the Left know how to act collectively with no care for the privileges of office. I shall support fully Prime Minister Tsipras, the new Minister of Finance, and our government.

The superhuman effort to honour the brave people of Greece, and the famous OXI (NO) that they granted to democrats the world over, is just beginning.

Varoufakis’ resignation which came early in the morning Greek time, may be seen by many as the crowning cap of his path to political martyrdom, but more importantly is seen by others as a catalyst to what may be a long overdue deal. As Standard Bank’s Demetrios Efstathious says in an email to Bloomberg, “without Varoufakis, who’d become toxic and had to go, negotiations will prove somewhat easier” adding that “the slim hope of a last minute deal is indeed alive. “Varoufakis’s replacement increases chance of sensible negotiation, and positive outcome. If Tsakalotos or Dragasakis were to replace him would be positive news. Tsakalotos has been a key part of the negotiating team and is one of the most sensible/moderate figures in Syriza.”

That view was dashed by German SPD lawmaker Carsten Schneider who said on German ZDF public television that the resignation won’t make talks between Greece and its creditors any easier. Varoufakis is “building his own legend” adding that Varoufakis’s promises aren’t backed up by any money. “He’s been promising more than he could keep and now he’s drawing the conclusions by making an escape.”

Scrum of reporters outside Greece FinMin. For months they hung on Varoufakis’ every word. Now wait for his successor pic.twitter.com/YSlLwtf9s8

So “martyr” or “toxic legend builder”, the historians will yet decide on Varoufakis’ legacy but the main question is: now that Greece took this decisive step, will anyone at the Troika or Eurogroup follow in V-Fak’s footsteps?

For now, however, the futures which were down as much as 33 points at the open have cut their losses by a third on yet another bout of hopes that even with Greece beyond the precipice, Varoufakis’ exit stage left may be just the deus ex machina endgame catalyst this Greek tragicomedy has been waiting for all along.