Previously we reported that in a heretofore unknown exchange, Varoufakis told Telegraph’s Evans-Pritchard that “if necessary we will issue parallel liquidity and California-style IOU’s, in an electronic form. We should have done it a week ago.” Shortly thereafter, SocGen released a note in which it confirmed largely what the Greek finmin may have said, namely that “Greece is likely to issue a form of parallel currency.”

Greece is likely to issue a form of parallel currency:

The idea of a parallel currency is not uncommon. In particular, IOUs have been used during periods of financial and economic stress, with extreme examples as some US states and Argentina (the latter eventually ending up with a massive devaluation of the peso).

The academic literature presents several forms of parallel currency, with some creating a new form of securities, backed by the government’s ability to pay back its debt (e.g. California in 2009) and others backed by future taxes (similar to a tax credit).

Unlike the former, the second category would have the advantage of not increasing the amount of debt owed by the Greek government. For example, the Greek government could pay part (let’s say 30%) of civil servant wages, benefits and pensioners in IOUs and part in euros. The IOUs could become a sought after asset if they offered a discount on tax payments (let’s say 5%). The IOU would be used in the Greek territory only. It could be used to trade basic needs (food, health, education, public services). However, the implementation and legal risks implied by the introduction of IOUs are elevated:

In this light, Greek IOUs now seem almost inevitable, especially since the other, “more nuclear” option, going rogue and printing Euro banknotes without the ECB’s approval, appears quite limited even if purely logisically.

This is what the ECB says on the topic:

Since 2002, euro banknotes have been produced jointly by the national central banks (NCBs) of the euro area. Each NCB is responsible for, and bears the costs of, a proportion of the total annual production in one or more denominations.

The annual production of euro banknotes needs to be sufficient to meet expected increases in demand, such as seasonal peaks, and to replace unfit banknotes. It also has to be able to cope with unexpected surges in demand. Production volumes for the years ahead are calculated on the basis of forecasts provided by the NCBs and a central forecast made by the ECB, thus combining national expertise with a euro area-wide perspective. The figures calculated need to be approved by the Governing Council of the ECB.

And here is the biggest reason why if Greece relied on this plan it may have serious problems: per the ECB, the only dispensation the Greek currency printer has is for €10 bills.

Sadly, filling up holes worth tens of billions with “rogue” €10 bills would be problematic logistically, and we believe, Greece would run out of printing supplies long before it got to printing anywhere close to the required and desired amount, leaving aside all other questions of propriety and legality.

So IOUs it is. The only question is how these shall be named. Last time we checked (in June 2012), the New Drachma (aka XGD) was briefly taken… 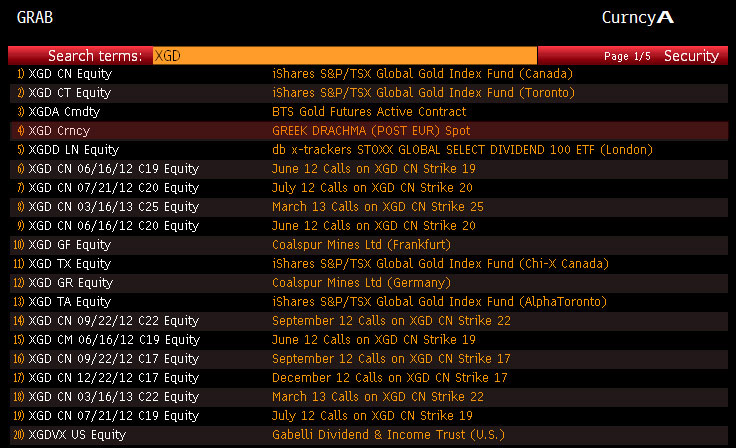 … but after the summer of 2012 when the ECB was doing “whatever it takes” to show that the EUR is “irreversible” (only to prove three years later just how reversible it truly is) the XGD is once again available. Go for it Greece.

4 thoughts on “IOUs It Is: Why Greece May Have A Problem Printing “Rogue” Euro Banknotes”