“How can this be right?” 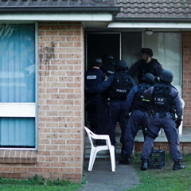 Imagine going back home one day to find an empty house and all your belongings gone; or even worse, imagine being in your house and having your door suddenly smashed open by law enforcement officers in masks and being told at gunpoint that your personal possessions are being taken away.

It might sound like a trailer for the latest action film, but this is what happened to Annette Shattuck, a mother of four and a registered marijuana caregiver in Michigan. As she recently testified to the Michigan House of Representatives, her house was raided in 2014 while her 56-year old mother was taking care of her children. Everything from food, electronics, and vehicles to birth certificates, cash, and social security, insurance and public assistance cards was taken and has yet to be returned. As if this weren’t enough, she was left penniless due to a $1 million hold on all her bank accounts and has been unable to access the adoption subsidy for her special-needs son.

Civil asset forfeiture laws, which were popularized during the drug war hysteria of the 1980s, allow law enforcement to seize money and any other private property, regardless of whether its owner has been convicted of a crime. Not only does this constitute a violation of civil liberties and property rights, but it also fuels widespread abuse of power.

Law enforcement agencies are incentivized to confiscate goods since they get to keep 70-100% of the profits, which go towards new equipment and police militarization. As of 2012, the Asset Forfeiture Fund was estimated to hold around $6 billion, so it is no surprise that cases like Annette’s and racist property seizures in public spaces have become a jackpot for law enforcement.

The Drug Policy Alliance’s recent report, Above the Law: An Investigation of Civil Asset Forfeiture Abuses in California, reveals the troubling extent to which California law enforcement agencies have violated state and federal law.

In Philadelphia, where I spent the last four years as a college student, the District Attorney seizes $1 million in cash from innocent people every year. What’s really sickening is that they are not going after “drug kingpins” but poor people who don’t have the resources to fight back. According to a recent ACLU report, 63% of the cash forfeited belongs to black people and 32% of cash seizures target people who have never even been convicted of a crime.

It might sound pretty bleak up to this point, but there are signs of hope. Earlier this year, New Mexico’s Republican Governor, Susana Martinez, signed a new law that ends the practice of civil asset forfeiture in the state, which now has the strongest protections against wrongful asset seizures in the country. In California, a bill co-sponsored by the Drug Policy Alliance, ACLU and the Institute for Justice passed the California Senate by a vote of 38-1 earlier this month.

But as long as reform bills are hindered by law enforcement lobbyists, poor people and people of color will continue to be disproportionately targeted while police forces become more militarized. Enough with the violent raids, enough with the millions stolen in the name of profit… it’s not a war on drugs, it’s a war on people.

Laura Krasovitzky is a media intern with the Drug Policy Alliance (www.drugpolicy.org)