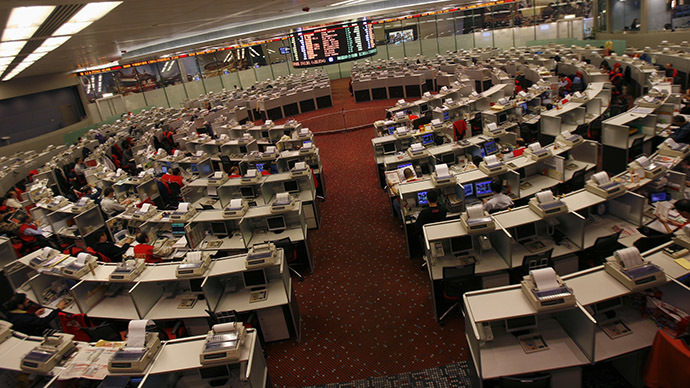 China has curbed the sale of newly issued stock and created a market stabilization fund, as it tries to halt a stock market plunge that is endangering the country’s economy, media report.

Shortly afterwards, 28 Chinese companies planning to list on the country’s Shanghai and Shenzhen stock exchanges said in separate statements that they would suspend their IPO plans. Reuters says the companies explained that “relatively big market volatility” was responsible for the move.

Additionally, top Chinese brokerage houses and fund managers made a collective promise to put about 120 billion Yuan ($19.3 billion) of their own funds into equities. According to the Wall Street Journal, the pledged investments will go towards capitalizing part of a new Chinese stabilization fund.

Separately on Saturday, 25 Chinese mutual funds claimed they would also put more money into shares. Although fund managers did not reveal the exact amount, they noted that they would be investing their own funds.

The Asset Management Association of China pledged to halt additional stock investments for at least a year, and later to accelerate the issuance of share funds after the freeze.

The Securities Association of China issued a statement on Saturday expressing “full confidence” in the development of the country’s stock markets, adding that different brokerages and funds would jointly invest “no less than 120 billion Yuan” in first-class exchange traded funds, which is equivalent to 15% of net assets as of the end of June, Reuters reports.

However, some experts doubt that these measures will be enough to stabilize the markets, saying that more leverage is necessary.

“Around 120 billion Yuan is not enough, but if leverage (more borrowing) is used, it could expand to over 500 billion Yuan and that may have some effect,” said Hong Hao strategist at BOCOM International, as quoted by Reuters.

However, last month Chinese markets went into reverse fueled by official interest rate cuts that led to a loss of $3 trillion in market value in just one month, with the prominent Shanghai Composite Index losing 30% of its value in 3 weeks.

The ongoing sell-off poses an additional threat, as the Chinese bull market had been built on speculative loans, with total volume of margin lending accounting for about 4 trillion ($3.6 billion) of the gains, according to Reuters.

As a result, Beijing has to restore investor confidence before the stock market decline cripples the country’s economy. China’s growth rate has already slowed to the lowest in a quarter of a century.

The government has already taken a number of measures over the past week, including cutting interest rates, relaxing margin-lending rules, and adding bank liquidity, so far without any success in reassuring investors.

Saturday’s halt to IPOs could freeze large amounts of cash and dry up liquidity in the market, thus contributing to its stabilization, as large IPOs have been named one of the main factors triggering the current decline.

The IPO freeze will last until the Shanghai composite index reaches 4,500 points, Reuters reports. On Friday, the index fell by 5.8%, ending at 3,684 points.