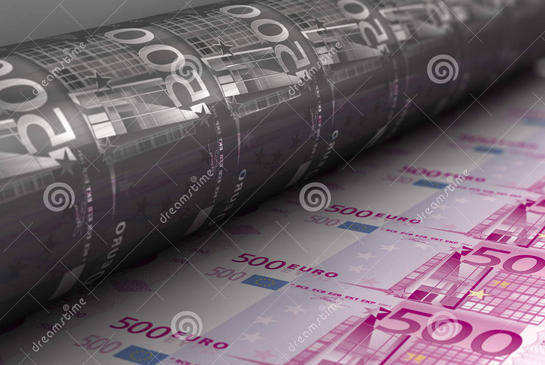 The ECB has expanded the list of SSA securities eligible for purchase under PSPP. The updated list includes:

Since the program’s inception, we and others have said the central bank will likely need to add more names to the list of QE-eligible SSA bonds or move into corporate credit in order to ensure that NCBs can meet their purchase targets under the capital key (especially in core markets where scarcity is a problem) and in order to allay concerns about liquidity in the secondary market for some core EGBs.

That said, the decision to expand the list this week is obviously no coincidence and reflects the fact that the ECB is keen to ensure there are no lasting “spillover” effects from the meltdown in Greece on periphery yields which the central bank has worked so hard to keep unrealistically low.

The move also, as RBS noted this morning, shows the ECB is “ready to intervene closer to the real economy.” RBS also says the bank could move into IG corporate credit next, something we predicted months ago when we discussed the lower limit problem.

So that’s the surface-level analysis.

Beyond that, today’s announcement by the ECB seems to prove what we said in “Goldman’s Conspiracy Theory Stunner“; namely that Mario Draghi wants to push Greece over the edge in order to give himself an excuse to expand QE. Here’s how we explained the situation earlier this week:

Early last week we presented something rather shocking: a note by Goldman Sachs suggested that as a result of the ECB’s QE failure to push the EUR lower and with bond yields having risen instead of falling since the launch of the ECB’s QE in March, and perhaps due to a perplexing conflict between the ECB and the Bundesbank when it comes to debt monetization, a Greek default sparking contagion blowout risk, not to mention a “seven big figure” tumble in the EURUSD, may be just what the ECB needs.

On one hand, the Goldman assessment was not surprising: after all the bank’s top trade for 2015 has been that the EUR will go much lower from current levels so in many ways it was self-serving. But, what’s far more stunning is that Goldman, accurately, assessed the ECB’s needs in light of what is increasingly seen by many as a QE program that is faltering just 4 months after its launch, and the direct implication was evident: for all the posturing and bluffing from Greece that it won’t be blackmailed, it may have fallen precisely in a trap set by none other than the ECB.

The only hurdle was getting the Greeks to accept the blame for the failure of the negotiations which happened, at least in the perspective of the Eurozone, when Tsipras announced the referendum after midnight on Friday.

With Thursday’s move, the ECB has set the stage for the expansion of QE, suggesting that indeed, the escalation of the Greek drama has served its purpose. No one will question the expansion of the eligible SSA list, especially given the fact that the central bank can say the move gives supply-constrained NCBs more options when it comes to hitting their monthly targets.

We would venture to say that it’s now just a matter of time before €60 billion/month becomes €70 or €80 billion and then, once the EGB and SSA markets have been sufficiently cornered, it will be on to euro IG corporate credit before Draghi finally becomes Kuroda by throwing the ECB’s balance sheet at the DAX, CAC, and IBEX at the first sign of trouble.