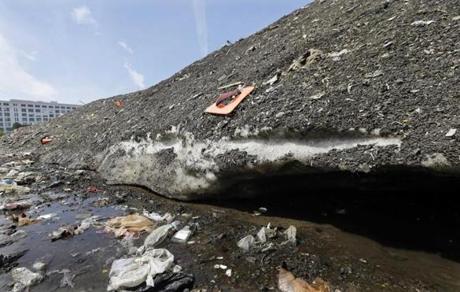 The mayor’s office has announced a contest to guess the date the snow is finally gone, the prize being a meeting with the mayor.

BTW, the pile is at sea level.