As the Muslim world reflected during the height of Friday’s Ramadan prayers, ISIS was busy.

First, as we reported earlier, two men drove a car into the entrance of an Air Products factory in southeastern France triggering multiple explosions. A decapitated head covered in Arabic writing was pinned to the factory’s gate.  One suspect is now in custody. Some reports suggest he was carrying an ISIS flag. The French president promptly announced that “the attack bears the hallmarks of a terrorist attack” which means that ISIS will be blamed momentarily. 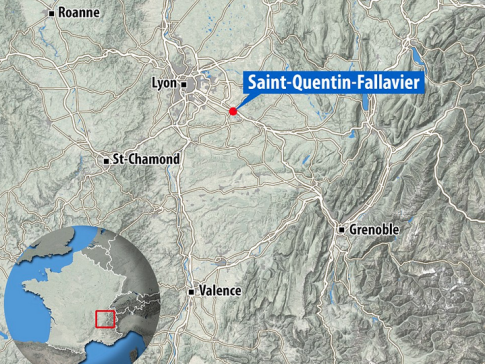 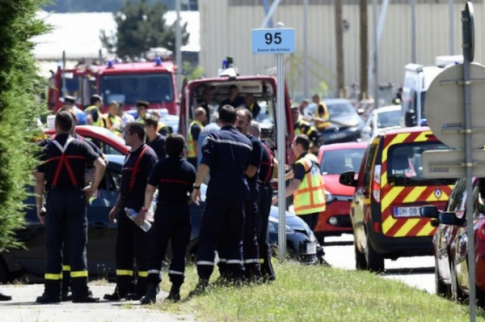 A couple of hours later, Isis militants claimed responsibility for a deadly bomb attack during Friday prayers in the al-Imam al-Sadiq mosque in al-Sawaber, Kuwait, killing at least 13 people.

Images posted to Twitter showing the extent of the devastation and what appeared to be a number of bodies lying among the rubble. In a statement posted via its affiliated social media accounts, Isis said it had carried out the attack which occurred at the height of Ramadan prayers when the mosque would have been at its busiest.

As The Independent reports, the ISIS statement “identified the bomber as Abu Suleiman al-Muwahed and said the target was a “temple of the rejectionists” – a term used by Isis to refer to Shia Muslims.

In the immediate aftermath of the attack, Quilliam’s Charlie Winter suggested that Isis supporters on Twitter were “getting very animated” over the reports.” 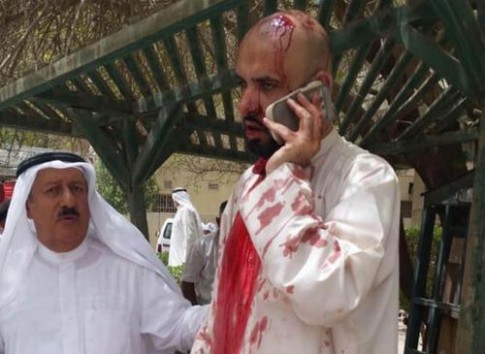 Up to 13 now dead in suicide bombing of Shia mosque in Kuwait that ISIL has caimed responsibility for. http://t.co/fd3LenSXm6

And then completing Friday’s trifecta of terrorism, moments ago it was reported that at least 27 people were killed when gunmen stormed two hotels in the Tunisian coastal city of Sousse according to the country’s interior ministry said. An unknown number of gunmen targeted hotels in Kantaoui, an area popular with tourists that sits on the Mediterranean Sea. It marks the latest terrorist attack in Tunisia targeting tourists. In March, gunmen stormed an art museum in its capital, Tunis, leaving 20 people dead. The assault was later claimed by Islamic State. There was no immediate claim of responsibility for the shooting, although it is fairly certain ISIS will take responsibility for this mass killing as well. 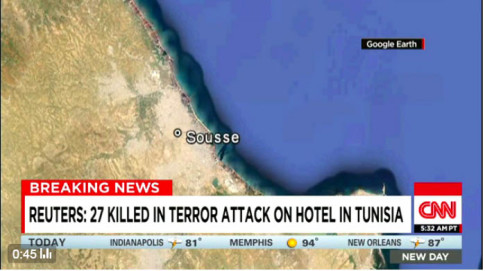 Why the sudden offensive surge? Unclear, however expect a very determined response by the US after yet another statement by a very solemn Obama, and one which sends even more US “military advisors and consultants” in the middle east, assuring that Assad’s days as president of Syria are even less and the world is one day closer to another regional, if not broader, war.