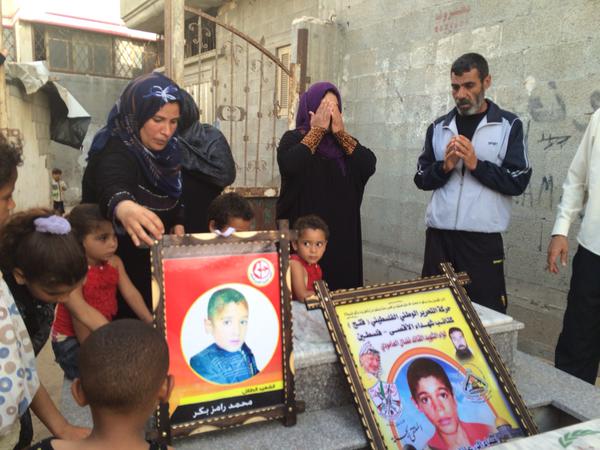 Here’s yet another sad example of how the New York Times has dropped even the pretense of fair reporting about Israel. Jodi Rudoren acts as a stenographer for an Israeli government report that whitewashes the military of war crimes in last summer’s invasion of Gaza, in an article titled “Israeli Report Backs Tactics by Military in Gaza War.”

For now let us look at just one element of the whitewash: how Rudoren reports on the air strike that killed four little boys when they were playing soccer on a Gaza beach.

Regarding the four boys killed on the beach last July 16, for example, the report said that “testimony was collected from a large number” of soldiers and officers “involved in the planning and execution of the attack,” alongside a review of “an extensive number of documents” and “video footage.” The military also “made efforts to collect the testimonies” of Gazan witnesses, the report said, but “regretfully,” they declined to be interviewed.

The military said the airstrike targeted a compound where naval forces linked to Hamas, the Islamist group that dominates Gaza, had gathered to prepare for “military activity” and that a container of military supplies inside it had been hit by Israel the day before the deadly attack.

“Aerial surveillance identified a number of figures entering the compound at a running pace,” the report says. “It should be stressed that the figures were not identified at any point during the incident as children.” It later uses the word “tragically” to describe the outcome, and says “it would not have been possible for the operational entities involved to have identified these figures, via aerial surveillance, as children.”

Rudoren must have forgotten to call the Times‘s own photographer, Tyler Hicks, who was an eyewitness to the killings and put down his camera to write a powerful article about the attack the day it took place last July. Here are Hicks’s last two paragraphs, which contrast strongly with the Israeli whitewash.

There is no safe place in Gaza right now.

Bombs can land at any time, anywhere. A small metal shack with no electricity or running water on a jetty in the blazing seaside sun does not seem like the kind of place frequented by Hamas militants, the Israel Defense Forces’ intended targets. Children, maybe four feet tall, dressed in summer clothes, running from an explosion, don’t fit the description of Hamas fighters, either.

The New York Times also surely could have talked to the families of the victims. Aren’t they human? Don’t they deserve a chance to comment on the implausible government account? It wasn’t all that hard for my colleague, Dan Cohen, to meet the Bakr family. Today he posted several tweets with photos of the Bakrs. Like the one at the top of this post, of which Cohen says,

I recently spent time with the Bakr family. Here they pray at the graves of their sons who were killed by Israel. 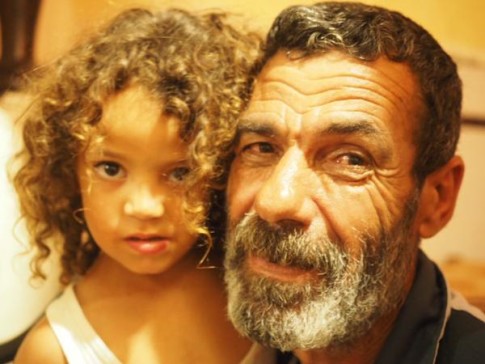 Gaza’s Bakr family will receive no justice from Israel for slaughtering their four boys. It’s hardly surprising but nonetheless sickening.

And even more shocking, for Americans, is that our leading newspaper lends itself to this propaganda.

We welcome more information from our many readers in Gaza about the little boys’ killings, and other features of the Israeli government whitewash.