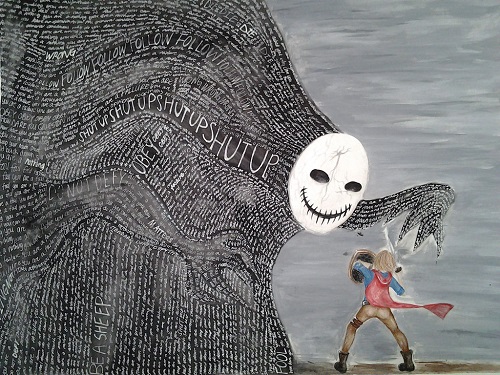 Tyranny is not a wholly definable condition. There are many forms of tyranny and many levels of control that exist in any one society at any given time. In fact, the most despicable forms of tyranny are often the most subtle; the kinds of tyranny in which the oppressed are deluded into thinking that because they have “choices”, that necessarily makes them “free”. Tyranny at its very core is not always the removal of choice, but the filtering of choice – the erasure of options leaving only choices most beneficial to the system and its controllers.

The choice may be between freedom and security, individual opinion and societal coherency, personal principle or collective indulgeance, catastrophic war or disaster multiplied by complacency, terrorism or surveillance, economic manipulation or financial Armageddon. We are presented with these so called choices everyday and they are about to become even more of a bane in our regular lives. But these are often engineered options that do not represent reality. We are led to believe that only one path or the other can be taken; that there is no honorable way, only the lesser of two evils. I am done with false choices and the lesser of two evils. I prefer to create my own options.

Beyond method lies motivation; and tyranny begins where the best of intentions end. Every despotic action by government and collectivists today, from the NDAA, to the John Warner Defense Authorization Act, to mass electronic surveillance, to drones in our skies, to political correctness and social justice warrior tirades; all are given rationalization through “noble intentions”.  Most tyrants are not high level dictators, corrupt corporate CEOs, or politically obsessed wannabe-demigods with aspirations of empire. In fact, tyrants can be found all around you every day, in friends, family and millions of people you’ve never met or heard of in your life. While the elites at the top of the pyramid are the originators of most tyrannical shifts, it is the little minded mini-tyrants hovering around you like blood-gutted mosquitoes in the mall, at the bar, at home, and at the office that make the designs of statists a possible reality.

They do not always participate directly in the construction of the cage. They just have a habit of doing nothing while it is being built around us. Some of them love the cage, and see it as a kind of affirmation of their own twisted ideals.

Tyranny is for the most part the forced imposition of contrary principles into the sacred space of the individual. That is to say, people create tyranny when they enact or support the invasion of their beliefs and desires onto those who only wish to be left alone. Tyranny is only minimally about physical control and far more about psychological control. Physical threats are merely keys to the doorway of the mind.  And within this resides the great trick.  Too many of the ignorant believe that tyranny requires jackboots, armbands and concentration camps in order to be real.  In fact, tyranny begins with a single voice self-silenced by fear of collective disapproval and/or social and legal retribution.

True tyranny is born in the putrid slithering hive of group-think, where the lazy and incompetent find refuge within the protective egg sack of intellectual idiocy.  Statists use the lie of abstract majority and the force of government to intrude upon the private ideals of those with opposing views.  In the end, it is not enough for them to extort your silence – eventually, they will demand your conversion to their faith, to their collective.  Basically, your rights end where their feelings begin.

Your thoughts and ideas are subject to approval. They are not your own in a collectivist system.  THIS is what real tyranny is.

Real slavery is not possible unless the slave is made to accept or even love his servitude. The conditions of structure and restriction and permission and “license” are often ingrained into the minds of participating serfs until they cannot comprehend the world without such arbitrary things. Acting outside the established box isn’t even considered. The rules are simply the rules, even though most people have forgotten why or how.  The more gullible proponents of social cohesion sometimes claim that the dichotomy between the individual and the collective is “false”.  This is utter nonsense.  If a collective is not VOLUNTARY, then it is by its very nature counter to the health and rights of the individual, which is why I always try to make the distinction between community and collectivism.  Collectivism is entirely destructive to the individual because collectivist systems cannot survive without removing individual thought and action.  The modus operandi of a collective is to erase independence so that the hive can function.  Anyone who states that individualism and collectivism are “complementary” is either a liar, or a simpleton of the highest degree.

Fantastical constructs of social organization are used to justify themselves as self evident. Statists love the argument of society for society’s sake. We are born into this system whether we like it or not, they say. We benefit from the system and therefore we owe the system, they claim. The system is mother and father. The system provides all because we all provide for the system. Without the system, we are nothing.

The clever trap of collectivism is that it makes participation of individuals a survival imperative for the group. A person is certainly not allowed to work against the advancement of the group, even if the group is morally reprehensible in their goals. However, totalitarian collectivism from socialism to fascism to communism does not even allow for people to refuse to participate. You are not allowed to walk away from the collective because if you do, you might hurt the overall performance of the collective. A gear in a machine cannot be allowed to simply up and leave that machine, or everything falls apart. See how that works…?

People’s wants can be harnessed, manipulated and directed to disturbing ends, and the elites know very well how to do this.  The people who are harder to dominate are those who have discipline over their wants and thus control over their fears of not attaining those wants.  These are the men and women that frustrate the establishment.

In my life I have met many people who cannot set aside their immediate desires even if their behavior is translating into eventual misery for themselves and everyone else. People who cannot balance the pursuit of wealth with a healthy level of charity. People who cannot participate in an endeavor without trying to co-opt or control that endeavor. People who marginalize the talents of others when they could be nurturing those talents. People who sneer or superficially criticize the valid accomplishments of others rather than cheering for them. People who see others as competition rather than allies in a greater task. People who fabricate taboos in order to shame others into subservience rather than relying on rational arguments.  It is weaknesses like these that cause smaller forms of tyranny, and such microcosms of despotism often culminate in wider enslavement. It is through the personal shadow that we fall victim to the collective shadow, the place where devils reside.

Tyranny is an environment in which the very worst in us is fed caffeine and cocaine and allowed to run wild while pretending to be a model of principled efficiency.  It is a place where vile people are most likely to succeed.

Frankly, I’m a little tired of those who consider themselves to be social advocates so overtly concerned with what we individuals are thinking or feeling or doing. We don’t owe them any explanations and we certainly never agreed to be a part of their ridiculous covens of academia and the mainstream. I have no patience for people who have the audacity to think they can mold the rest of us into abiding by their intrusive ideology. Is your goal to force me to adopt your collectivist philosophy because you are too biased or too sociopathic to compose an argument that convinces me to join voluntarily? Then I’m afraid one day I’ll probably react by shooting you.  Am I advocating violence?  Actually, the establishment and its statist cheerleaders are advocating violence through their trampling of individual liberty, but let me answer directly:

I am tired of oppressive social constructs that undermine our greater potential. I am tired of assumptions. Assumptions and lies fuel every aspect our world today, and this will only end in utter calamity. I am tired of tolerance for oppressive behaviors; tolerance for corruption and criminality leads only to more of the same. I am tired of compromise. I am tired of being told that a discriminating attitude is a bad thing, and that total acceptance is somehow “enlightened.” I am tired of people thinking pleasantries are a better method for combating stupidity than a good slap upside the head. In other words, it’s time to slap some people upside the head; be they friends, family, neighbors, whoever. The days of diplomacy are over. Our world is changing. And from this point on, there will be people who do tangible and voluntary good (the people who count), the passive spectators, and the people who stand in the way of people who do tangible and voluntary good.

My advice? Don’t be a part of the latter group. The doers, the thinkers, the producers, the builders, the self-made and self sufficient- all may be trying to undo the damages of tyranny, but that does not mean we will continue to be nice about it when totalitarian groupies try to stop us.