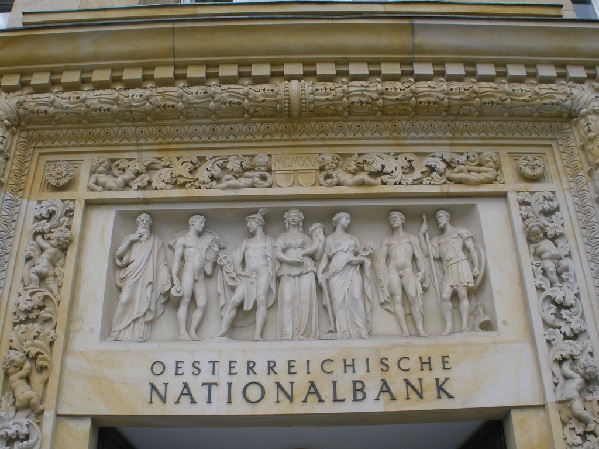 After Germany and the Netherlands decided to repatriate a substantial amount of gold from vaults abroad to the vaults in respectively Amsterdam and Frankfurt, now Austria is joining the ‘bring our gold home’ movement.

After increasing pressure from the Austrian people on the government and the central bank to increase the ratio of the gold effectively held in the Austrian Central Bank in Vienna, the central bank has finally made the decision to effectively do so. Less than 20% of Austria’s (relatively) sizeable gold reserves were held in its own vaults with the remainder being stored in Switzerland and London. Austria will now remove 63% of the gold from London and transport it to both Switzerland and Austria. This will be an interesting test case to see how long it will take the Bank of England to ship the 140 tonnes of gold (4.5 million ounces) to Vienna, and we dare to bet this will either take much longer than anticipated, or we’ll suddenly see another gold withdrawal from the Federal Reserve which will very likely be the magical 125-150 tonnes number.

That’s an interesting move, as Vienna originally said it stored the gold in London because it would make their lives much easier to trade the gold as London obviously still is a major center of the international gold market. This seems to be indicating Austria has no intention to trade any of its gold at all in the near future as there seems to be no apparent need to keep the gold in London.

This follows right on the heels of the news China is setting up a gold investment fund with several other countries, and the fact that Russia has once again added in excess of a quarter of a million ounces of gold to its reserves. On top of that, semi-satellite state Kazakhstan has also bought an additional 2.44 tonnes of gold (78,500 ounces) and its total amount of gold held as reserves has now surpassed the 200 tonnes mark. Kazakhstan is really stepping up its investments in gold as in just 3.5 years time, the country has now more than doubled (!) the amount of gold on the balance sheet of its central bank.

This might not sound like a big deal, but it definitely is. China is setting up a new fund to facilitate investments in gold, its new best friends Russia is buying more gold and Austria is reducing its gold holdings in London by 63%. And whilst all of this is happening, the western governments and central banks are still trying to tell the masses to trust the financial system.

And oh, while they’re at it, they might also ban cash transactions. For your own safety, of course!