“He told me that I had to go. He said I was interfering with their investigation and I told [him] that I was on a public sidewalk and I had the right to film them..”And then this happened…

Beatriz Paez says she was doing nothing wrong taking video of U.S. Marshal executing warrants on San Juan Avenue Sunday. She saw people in handcuffs. “Around 8 people including women were held at gunpoint on their stomachs with their hands held behind their back,” says Paez.

…the courts have consistently held that the First Amendment protects citizens’ right to record the police when they’re on the job. The police can’t stop you unless you’re interfering with their work — and they can’t take away your smart phone or delete the recordings just because you took video.

Police need a warrant to mess with the content of your cell phone. 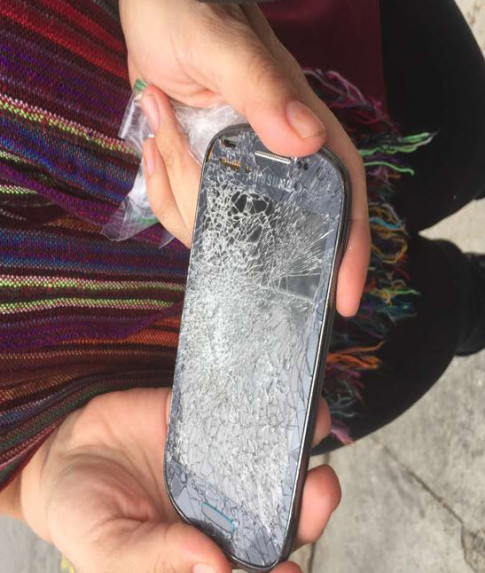