Shortly after Jon Corzine not only destroyed MF Global but “vaporized” $1.6 billion in supposedly segregated client funds which were illegally commingled with operating cash, Jon Corzine had a brief encounter with the legal system including several kangaroo court sessions in Congress, which ultimately led to absolutely nothing for two simple reasons. 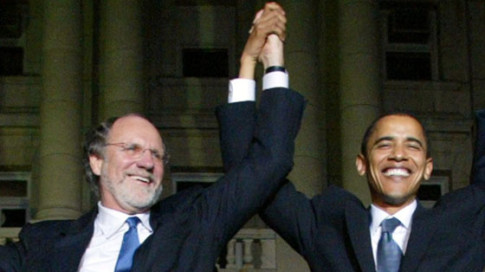 In fact, Jon Corzine’s quiet disappearance into the shadows was apparently only punctuated by one new notable entry in the Urban Dictionary for the term “Corzined“ 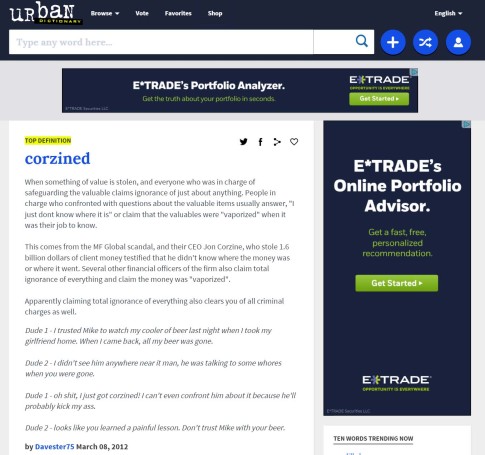 … but not before rumors emerged that Corzine, whose dream has always been to run his own capital, would start a hedge fund. In August 2012 we wrote that “after 10 months of stitching together evidence on the firm’s demise, criminal investigators are concluding that chaos and porous risk controls at the firm, rather than fraud, allowed the money to disappear, according to people involved in the case.” And algos… And glitches… And faulty software installs… And some junior person who has long since left the company…  and, and, and, lots and lots of passive voice… Because in the Banana republic of the crave, no bundles can ever go to jail, no matter how heinous the crime, which is not to say other places are better: in Thailand you shoot your secretary in the stomach during dinner with an Uzi and you don’t even pay a $600 fine. But at least it puts things in perspective. So what is next in store for this former man of power? “Mr. Corzine, in a bid to rebuild his image and engage his passion for trading, is weighing whether to start a hedge fund, according to people with knowledge of his plans. He is currently trading with his family’s wealth. If he is successful as a hedge fund manager, it would be the latest career comeback for a man who was ousted from both the top seat at Goldman Sachs and the New Jersey governor’s mansion.” So will Jon will be buying Italian bonds? We don’t know. Ask him yourself.” 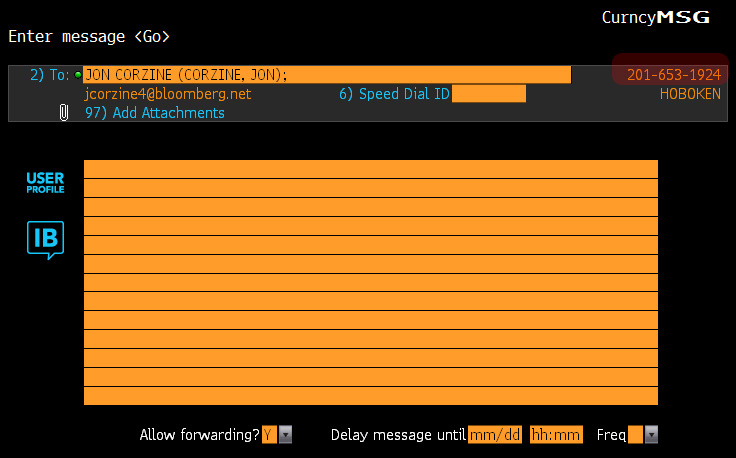 However, this led absolutely nowhere, leading many to speculate that Corzine was just waiting for a correction before reentering the asset mismanagement business.

Well, nearly three years later of manipulated, artificially propped up markets floating on $22 trillion in central bank assets, Jon Corzine has had enough of waiting for a correction which almost came (and then Bullard brought up QE4) but not really. So, as the WSJ reports, the time has come for another push for Vapor Capital Asset Mismanagement LP. To wit:

on S. Corzine, the embattled former MF Global Holdings Ltd. chief executive and ex-chairman of Goldman Sachs Group Inc., has discussed plans to start his own hedge fund in recent months, according to people familiar with the matter.

The fund would start with cash from Mr. Corzine’s personal wealth and a handful of outside investors.

One can almost guess which foundation would be among the seed invators.

Mr. Corzine said he had been speaking with about a half-dozen potential investors, and projected around $150 million in assets under management, one of the people said.

Will the fund invest all of its AUM in 2 year Italian bonds? All answer will surely be revealed in time, but first Corzine has to get over that whole “criminal” stigma:

Mr. Corzine most likely wouldn’t be able to launch a fund until legal proceedings against him over MF Global have been resolved. Pretrial motions are expected to go at least until February of next year. The Commodity Futures Trading Commission in June 2013 filed civil charges against him and is still collecting evidence for a possible trial.

Yes, Corzine’s supporters are spot on: the ECB joined the Fed and soon the PBOC in bailing out every single clueless investor and E-trade baby in the world, however for Corzine his particular bail out came a few months too late. As for why Corzine was never criminall charged, see the first two images above.

For now Corzine is keeping a low profile:

“Jon Corzine is not managing anybody’s money and has not asked a single investor to put money into a fund,” said Andrew Levander, a lawyer for Mr. Corzine. “He is gratified that others might want to invest with him.”

Furthermore, unlike 3 years ago, any attempts to reach Jon Corzine through his BBG header will meet with failure: not even Corzine’s phone is listed. 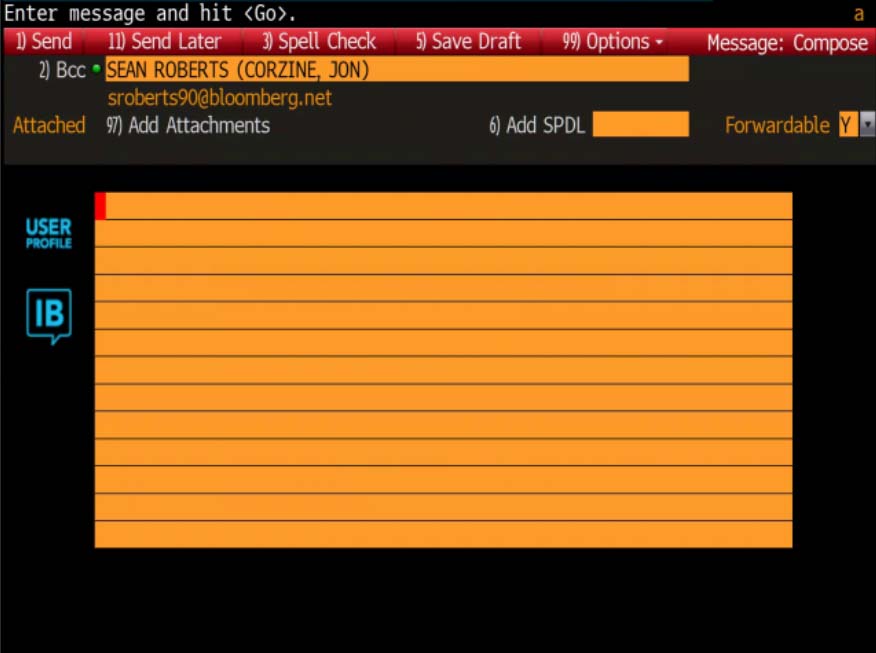 However, those who truly seek the former Goldman chief, NJ governor, and MF Global “vaporizer” will surely find:

Mr. Corzine, who styles himself a so-called macro trader in the tradition of Paul Tudor Jones or George Soros, has maintained some Wall Street ties. In office space borrowed from a friend in midtown Manhattan’s Time-Life Building, Mr. Corzine has been trading his own money, people familiar with the matter said. At present, Mr. Corzine employs one assistant, one of the people added.

But before the long line of eager investors stretches around the corner, a quick reminder: this is a man who literally “vaporized” clients funds. Even the CFTC, run until recently by a fellow former Goldmanite (and soon, America’s next Treasury Secretary), was unable to get Corzine entirely off the hook:

The CFTC alleges that Mr. Corzine oversaw the misuse of customer funds and said he bore responsibility for the brokerage’s rapid descent. The agency also charged him with “failure to supervise diligently,” a violation of CFTC rules that mandate top officials at regulated firms maintain strong oversight of operations and employees.

The agency is hoping to levy a monetary penalty on Mr. Corzine and bar him from trading commodities again, something that might hamper his ability to run a fund.

Which is a problem, because in a world in which few trade individual stocks and the central banks merely transact in futures such as ES or GC, this would mean that Corzine is unable to trade what few liquid instruments remain in the so-called market.

Unless, of course, he decides to hire Burno Iksli formerly of the JPM London Whale, and corners the penny stock market, hoping that unlike the Italian bond fiasco, at least once central bank will come to his rescue just in time, before the next career ending margin calls arrives.