Painful in the short term, but not exactly weakening Russian economy in terms of debt to GDP

With Q1 out of the way, Russia passed a significant milestone in terms of 2015 external debt redemptions.

Here is the breakdown of maturing external debts: 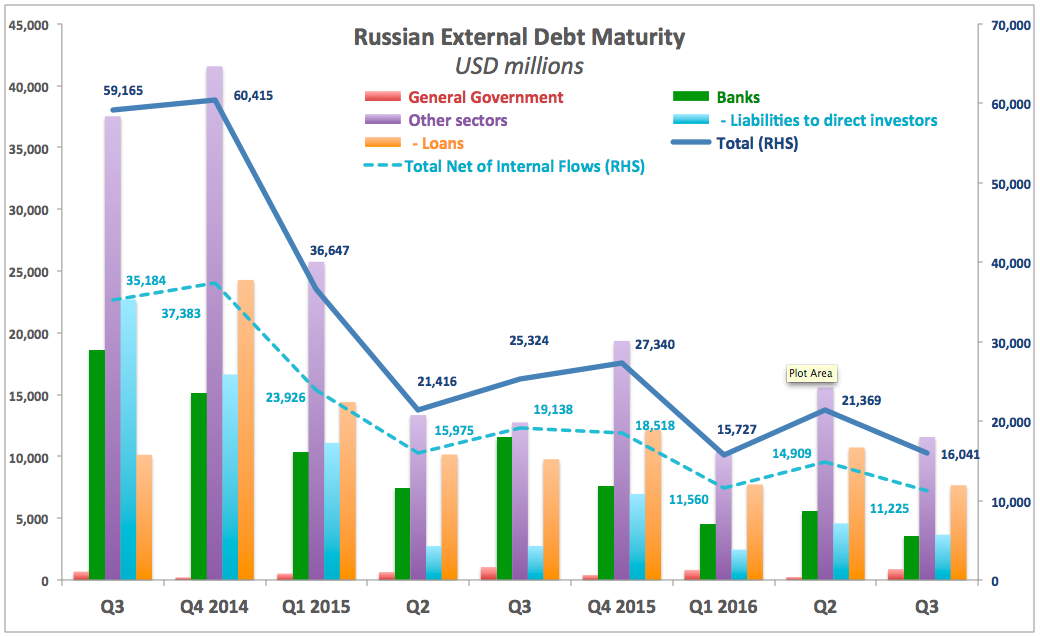 All in, over the last 3 quarters alone, Russia has managed to repay and roll over USD156.23 billion worth of external debt, with net repayment estimated at around USD96.5 billion.Painful in the short run, this is not exactly weakening Russian economy in terms of forward debt/GDP and other debt-linked ratios.