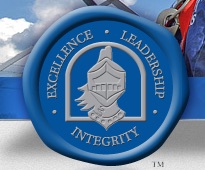 Mark Knight, former CEO of Knight Oil Tools — where “people make the difference” — has gotten himself into some trouble.

Apparently, Mark thought his brother Bryan, who is Knight Oil Tools’ co-owner, needed to take some time off from work because according to Louisiana state police, Mark paid a Sheriff’s Deputy and a State Trooper more than $100,000 to plant cocaine, methadone, and vicodin under Bryan’s car and then arrest him on drug charges. The plot was allegedly hatched with the help of Knight employee Russell Manual whose text messages and e-mails helped authorities reconstruct the following absurd story.

Two law enforcement officers and a high-ranking Lafayette oil executive have been accused of scheming to have a Lafayette man, the oil executive’s brother, arrested last year by planting drugs in his car.

Authorities say the June 2014 arrest of Bryan Knight was the result of a scheme in which Mark Knight of Knight Oil Tools paid more than $100,000 in cash and gifts to two officers and to Russell Manual, a Knight employee, a news release from Lafayette Parish Sheriff’s Office and Louisiana State Police said.

Through emails and text messages found on Manual’s cellphone, investigators have determined that two magnetic cases were purchased and attached to Bryan Knight’s car and filled with narcotics last June. A tip was then called in to authorities, who made the arrest.

Charges against Bryan Knight, a former executive at Knight Oil and Mark Knight’s brother, were dropped in December by the District Attorney’s Office…

A tip to authorities in March led law enforcement officers to open an investigation into the circumstances surrounding Bryan Knight’s arrest. That tip was that the magnetic case attached to Bryan Knight’s car was the same type used at Knight.

After questioning Manual, investigators determined that Mark Knight paid him and two officers — Jason Kinch, a Lafayette Parish Sheriff’s deputy assigned to the narcotics task force and Corey Jackson, a Louisiana state trooper — to participate in the scheme last June…

In January, Mark Knight was removed as CEO and president of Knight Oil Tools, although he remained chairman of the board of directors of the company. Knight named Earl Blackwell president and CEO of Knight at that time.

It would appear that this is still more evidence that law enforcement in America is now, more than ever, truly dedicated to the the dual mandate of “serving” and “protecting.”

As for Mark, well, his whereabouts are currently unknown but we’re sure he’ll turn himself in because after all, Knight Oil Tools’ slogan is: “excellence, leadership, and integrity.”