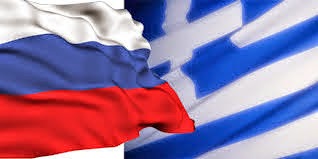 While Greece spent Easter weekend (not Orthodox Easter that is) assuring the IMF (the “institution”, not the critical third member of the Troika that shall not be named) that the €450 million payment due to Christine Lagarde’s “institution” will be made despite Greece officially (rather than just unofficially) running out of money and being forced to prioritize repaying its creditors over paying wages and pensions, its Prime Minister is currently evaluating what the Plan B will be when he visits Vladimir Putin tomorrow, one day ahead of the double Greek deadlines of IMF payment and cash running out.

As FT reports, “when Alexis Tsipras visits Vladimir Putin’s Kremlin on Wednesday there is a chance the Greek premier’s eastern manoeuvre will immediately bear fruit: kiwis, peaches and strawberries to be precise. Athens is hopeful that Moscow will lift a retaliatory ban on Greek soft fruits to demonstrate the abiding strength of Russo-Greek relations, just as both leaders feel a diplomatic chill with Europe over the Ukraine crisis and Athens’ bailout saga respectively.”

Of course, every Greek request for a concession “quid” will be met with a proportional Russian quo, and it is this that worries European diplomats – namely will the Putin-Tsipras gladhanding amount to something more significant than fruit trade. “The big fear, in the words of one suspicious senior official, is a “Trojan horse” plot, where Russia extends billions in rescue loans in exchange for a Greek veto on sanctions — a move that would kill western unity over Ukraine.”

No such shock is expected this week. But as Athens nears the brink of insolvency there is growing alarm that Mr Tsipras’s radical left government might turn to Moscow in desperation. It would set off the biggest panic over Greece’s strategic alignment since the 1947 US Marshall Plan, initiated to save the country from communist fighters that Mr Tsipras’ Syriza party lionise to this day.

Others are hoping that Tsipras visit is merely a, well, Trojan horse strawman, meant to instill fear in Europe that Russia can spread its tentacles to a country which is still a member of the Eurozone, and is merely a “ploy in bailout talks with Germany and the eurozone. In spite of historic cultural ties and Syriza’s Soviet romanticism, analysts think Greece is too tied to the west – through EU and Nato membership – and too deep in debt for sanctions-damaged Russia to buy it off as a reliable ally.”

“The Greeks are using Russia as a way to piss off Berlin, to frighten them. Tsipras wants to show he has other options,” said Theocharis Grigoriadis, a Greece-Russia relations expert at the Free University of Berlin.

“But he has no intention of making Greece a Russian satellite. The Russians know that. The Germans know that. It is pure theatre, a Greek game, and I’m afraid it looks like a poodle trying to scare a lion.”

And that is 100% wrong, because every decision has a bid and an ask. And all it would take for Russia to expand its “satellite” nations by one more is to offer enough promises and gifts to a nation that has been on the verge of social and economic collapse of the past 5 years.

Such as a discount to all important energy prices and, even better, a replacement loan – one which comes with less “austere” conditions than anything Greece could get out of Europe. Which, according to Russian Kommersant as reported by Reuters, is precisely the carrot that Russia will dangle before the Greek PM. From Reuters:

Russia may offer Greece a discount on gas deliveries and new loans when Greek Prime Minister Alexis Tsipras visits Moscow this week, the Kommersant business daily reported on Tuesday, citing one source in the Russian government.

A Kremlin spokesman said last week that Russian President Vladimir Putin and Tsipras planned to discuss economic ties and EU sanctions on Moscow when they meet for talks, which Kommersant said would take place on Thursday.

“We are ready to consider the issue of a gas price discount for Greece,” the newspaper said quoting an unnamed Russian government source.

The source said that in exchange for the discount and some unspecified loans, Russia would want access to Greek assets. The source did not name any specific assets.

In recent weeks, the gas price charged by Gazprom has fallen, tracking lower oil prices. Gazprom said it wanted to acquire DEPA in 2013 but dropped its bid after failing to receive enough guarantees over DEPA’s financial position.

So that is the Russian offer. The all important question remains: what will Russia request in return for these key concessions and will Greece be willing to accept it. Then again, running out of cash may just be impetus Greece needs to open up negotiating avenues which until recently it had said it would never cross as long as it is part of the Eurozone.