This is the “Greatest Depression”.

A month ago, when looking at the latest Factory Orders numbers, we noticed something very disturbing: the annual rate of increase, or rather decrease, in factory orders dropped to -2.3%. The last two time this happened was in 2008, just after the failure of Lehman, and in 2001, just as the US was again entering a recession. In fact, if there is one reliable, false-negative proof indicator of key recessionary inflection points in the US economy, it is the annual change in Factory Orders.

Unfortunately for the econo-bulls, and the Fed’s rate-hike prospects, moments ago the latest Factory Orders number came out, and it was not good.

Amusingly, on the surface it was actually a beat, rising by 0.2%, relative to the -0.4% expected. However, if one actually looks at the underlying number, February was still a miss, because the January print was revised substantially lower, from $470Bn to $467.5Bn, which means the 0.2% increase was really a 0.4% decline relative to the pre-revised number.

What worse, however, is when one looks at the Factory Orders series on an annual basis. It is here that the sequential fudges become irrelevant, and here where it becomes obvious that, all else equal, the US is already in a recession. 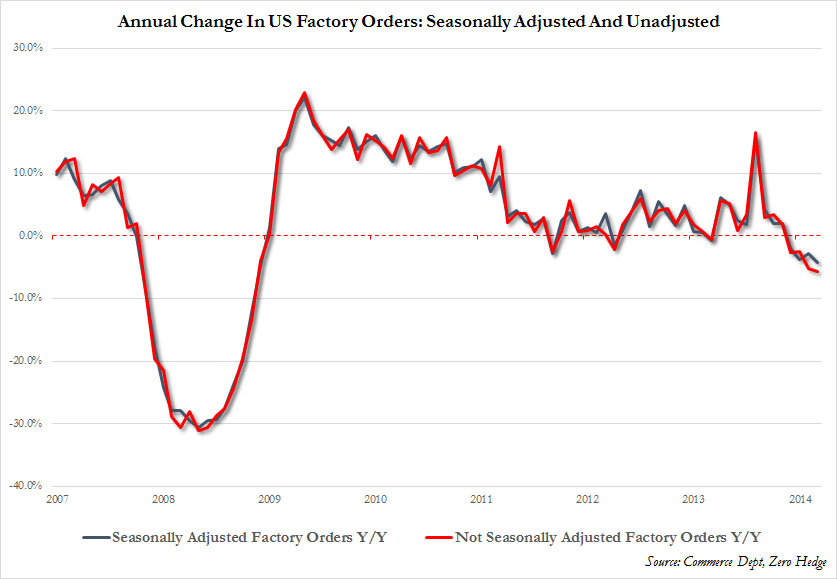 And the long-term chart, courtesy of the St. Louis Fed 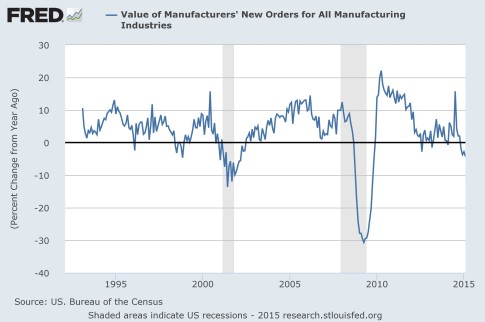 Finally, ignoring the annual rate of change, here is just the absolute unadjusted number. The message is very clear. 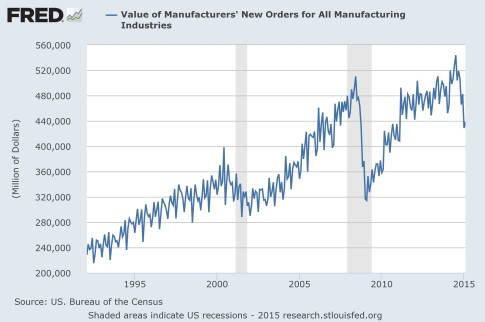