The Atlanta Fed’s GDPNow model forecast for real GDP growth (seasonally adjusted annual rate) in the first quarter of 2015 has been downgraded once again… to 0.0 percent on April 1, down from 2.3 percent on Feb 13th. 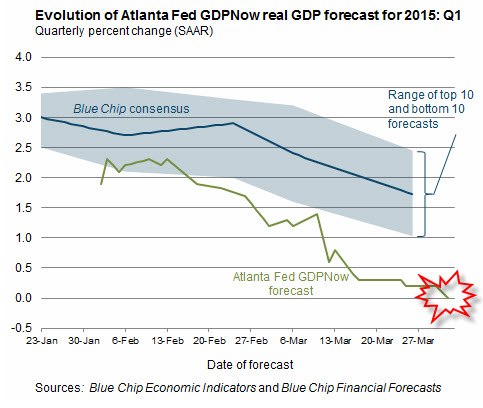 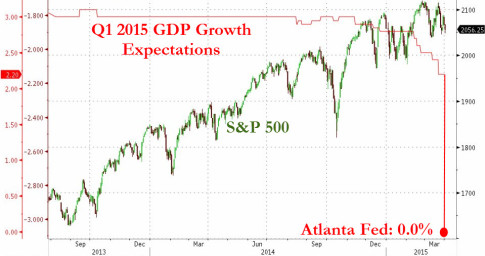