Amid the “cruelest winter ever,” with the lowest snowpack on record, and with 98.11% of the state currently in drouight conditions, California Governor Jerry Brown orders mandatory water cuts in California for the first time in history… 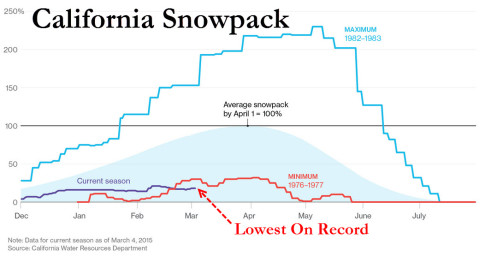 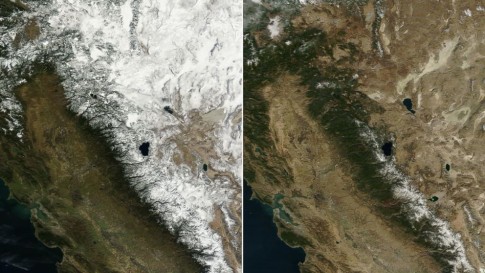 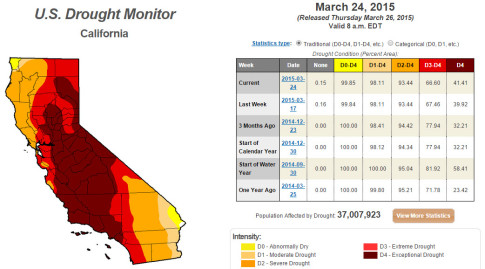 And finally some action…

California Gov. Edmund G. Brown Jr. announced a set of mandatory water conservation measures today, as the state continues to struggle with a prolonged drought that has lasted for more than four years.

“Today we are standing on dry grass where there should be five feet of snow,” Brown said in a statement after visiting a manual snow survey in the Sierra Nevadas. “This historic drought demands unprecedented action.”

For the first time in the state’s history, the governor has directed the State Water Resources Control Board to implement mandatory water reductions across California, in an effort to reduce water usage by 25 percent. The measures include replacing 50 million square feet of lawns throughout the state with drought-tolerant landscaping, banning the watering of grass on public street medians, requiring agricultural water users to report their water use to state regulators, and requiring large landscapes such as campuses, golf courses and cemeteries to make significant cuts in water use.

The governor’s announcement comes just a few weeks after NASA’s top water scientist, Jay Famiglietti, declared in a Los Angeles Times op-ed that California only had a year’s-worth of water supply left in its reservoirs.

The last four years have been the driest in California’s recorded history. As of March 24, more than 98 percent of California is suffering from abnormally dry conditions, with 41.1 percent in an exceptional drought, according the U.S. Drought Monitor, which estimates that more than 37 million Californians have been affected by the drought. The state’s snowpack, which is largely responsible for feeding the state’s reservoirs, has been reduced to 8 percent of its historical average, and in some areas in the Central Valley the land is sinking a foot a year because of over-pumping of groundwater for agriculture.

“We are in an unprecedented, very serious situation,” the governor said in his January statement. “At some point, we have to learn to live with nature, we have to get on nature’s side and not abuse the resources that we have.”

And as we noted previously, while all eyes are focused on dry river beds and fields of dust, the maountainous ski resort areas are seing their economies devastated. As Bloomberg reports,

Last year Vail reported a 28 percent drop in skier visits at its California resorts, and the company warned investors that its financial results would be worse than anticipated. 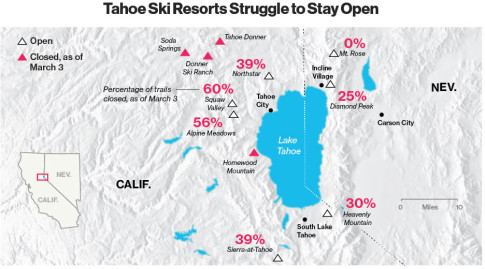 Those numbers reflect what could be a larger contraction of Tahoe’s ski industry. Seasonal and part-time hiring has slid 27 percent over the last three years, according Patrick Tierney, a professor of recreation, parks, and tourism at San Francisco State University, and spending on ski-related services has decreased from $717 million a year to $428 million. An older analysis by the San Francisco Reserve Bank showed that the value of resort-area homes in places like Tahoe can depend heavily on climate; even a 2-degree increase could cut home values by more than 50 percent.

The drought is getting worse… not better. 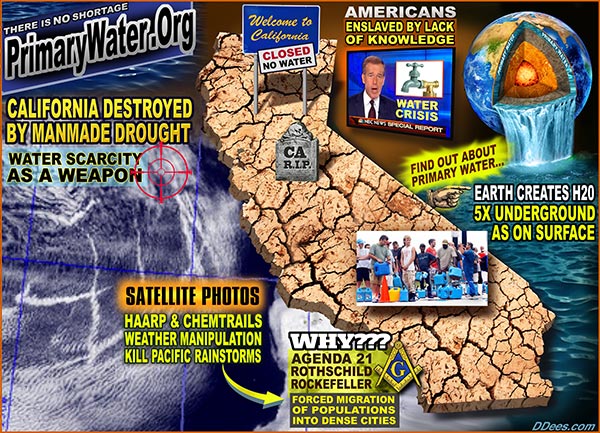