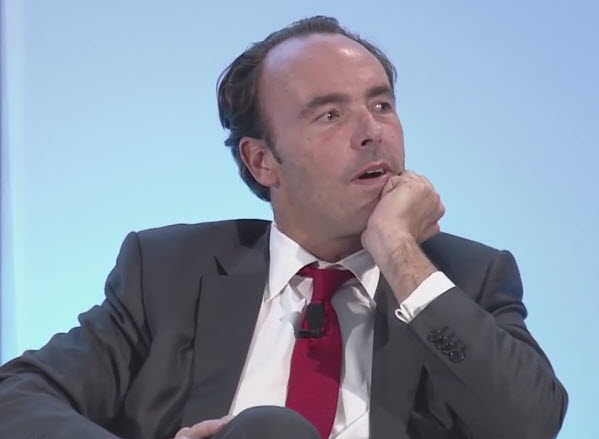 – Kyle Bass Warns “The Fed Is Backed Into A Corner… Equities Are My Biggest Liquidity Worry” (ZeroHedge, March 28, 2015):

While Kyle Bass is usually the smartest man in the room, among this crowd he is Einstein as he carefuly explains – while sitting politely during status quo interruptions – the real state of the world “the unintended consequence of QE has been to widen the income gap,” what is behind the Potemkin Village of the stock markets, how The Fed is “backed into a corner” of raising rates against their will, and why bond yields (at the long-end) will drop further. Currency wars are net positive, as Greg Ip suggests, and will not end well, as he concludes in one section, “why haven’t all the Yen left Japan already?”

“How many rich people do you know today that are poorer than they were at the peak in 06/07 (apart from Dick Fuld), I don’t think I know any.. QE has been distributive to the rich… but now that the world has started this policy it is unable to end it…

[Re: crowded trades and liquidity] – where are the liquidity worries at the moment? Equities would be the toughest to exit.. it’s like a 5-lane highway going in and goat trail coming out… Brazil is great example”

What Tomorrow Will Bring…