“More on Greece vs. Eurozone………………. appears the Greeks are not getting any more money. Add in “worsening deposit flight” the politically correct version of bank runs………..their language is beyond belief………and the fact all capital (funds) are vanishing.” 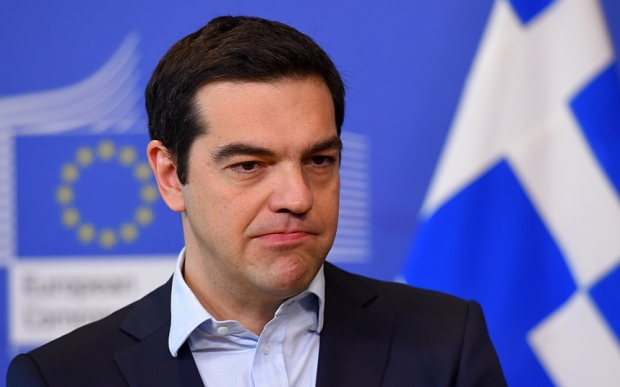 Eurozone says it is “legally impossible” to return €1.2bn in rescue funds to cash-strapped Athens

The Greek government will not receive €1.2bn (£883m) in European rescue funds after officials ruled the Leftist government had no legal claims on the cash.

Athens requested a return of the funds it said were erroneously handed to creditors from Greece’s own bank recapitalisation fund, the Hellenic Financial Stability Facility (HFSF).

The transfer was originally arranged by the previous Greek administration.

But eurozone officials have blocked the claim, saying it is “legally impossible” transfer the money back to the debt-stricken country.

“There was agreement that, legally, there was no over payment from the HFSF to the EFSF,” said a fund spokesman.

Germany’s finance ministry was also reluctant to allow the release, claiming there was “no reason” to make the transfer.

The decision is a further blow to the Greek government’s attempts to stay afloat over the next few weeks.

Athens has been scrambling to make repayments to its creditors and continue to pay wages and pensions. The government now faces another €2.4bn cash squeeze in April, including a €450m loan repayment to the IMF on April 9. 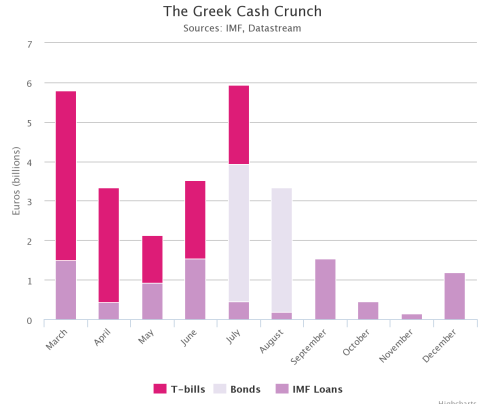 As part of its efforts to stay solvent, the Leftist government has also requested a €1.9bn transfer of profits held by the European Central Bank, from the holdings of Greek government bonds.

So far, the ECB has rebuffed all Greek pleas to alleviate their cash squeeze.

The central bank has moved to officially ban the country’s banks from increasing their holdings of short-term government debt.

Greek banks are being kept alive through the provision of an expensive form of emergency liquidity (ELA) which is rapidly being used up as capital flees the country. The ECB decided to incrementally raise the limit on ELA to €71bn – a bigger hike than in previous weeks.

Speaking in London on Wednesday, the ECB’s chief economist Peter Praet declined to comment on the Bank’s actions, saying it was important to exercise “verbal restraint” in moments of crisis.

Worsening deposit flight has placed the squeeze on Greek lenders, who are only eligible for ELA as long as they are deemed to be solvent. Mr Praet said the country’s banks remained counterparties in their operations with the ECB, suggesting they remained healthy enough to continue receiving ELA.

Prime Minister Alexis Tsipras has accused the institution of exacerbating the country’s cash-flow problems through its actions.

But Greece’s central bank governor warned “Grexit would not happen” insisting the eurozone had all the tools it needed to avoid an “accidental” exit from the currency union.

“Grexit implies huge costs for Greek people and firms,” Yannis Stournaras told an audience at the London School of Economics on Wednesday.

“The government is very close to an agreement with its crediors, so all the pressure on liquidity should be eliminated,” said Mr Stournaras.

The central banker, who also served as the country’s finance minister, also called for further debt relief for the country should a third bail-out be agreed with creditors after June 2015.

Athens has now promised to send a full list of its reform package to creditors by Monday, in a bid to release €7.2bn in bail-out cash it needs to stay afloat until June.

Following weeks of stalled negotiations, president of the European Commission Jean-Claude Juncker said his pessimism about the talks had subsided.

“I have to recognise that I was very pessimistic during the last week because there was no progress whatsoever,” Mr Juncker told the European Parliament.

“But now we are back in a normal process and I do think that we can come to a conclusion that will be both in favour of Greece, we love Greece, and the European Union,” he said.