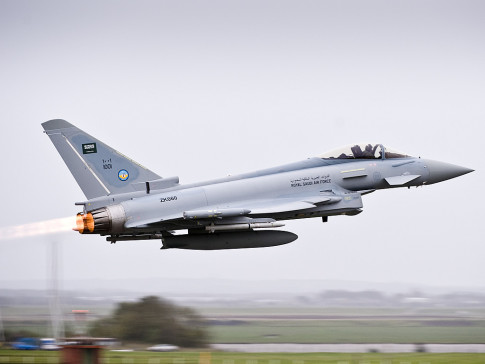 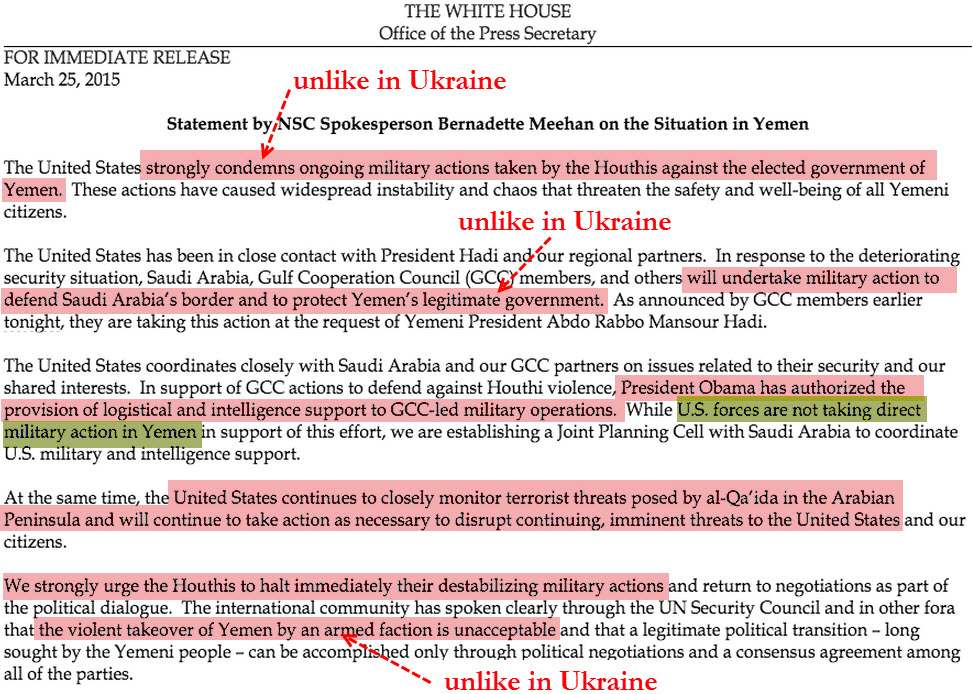 “Saudi Arabia and our Arab partners deserve our support as they seek to restore order in Yemen, which has collapsed into civil war.

“We understand why our Saudi and other Arab partners felt compelled to take action. The prospect of radical groups like Al-Qaeda, as well as Iranian-backed militants, finding safe haven on the border of Saudi Arabia was more than our Arab partners could withstand. Their action also stems from their perception of America’s disengagement from the region and absence of U.S. leadership.

“A country that President Obama recently praised as a model for U.S. counterterrorism has now become a sectarian conflict and a regional proxy war that threatens to engulf the Middle East. What’s worse, while our Arab partners conduct air strikes to halt the offensive of Iranian proxies in Yemen, the United States is conducting air strikes to support the offensive of Iranian proxies in Tikrit. This is as bizarre as it is misguided – another tragic case of leading from behind.”

UPDATE: US providing support to Saudi Arabia – US Official (so US weapons are being used on both sides)

Earlier today we reported that, on very short notice, Saudi Arabia had moved heavy military equipment including artillery to areas near its border with Yemen, “raising the risk that the Middle East’s top oil power will be drawn into the worsening Yemeni conflict.” In other words, Saudi Arabia was preparing for war.

As we explicitly warned, “the conflict risked spiraling into a proxy war with Shi’ite Iran backing the Houthis, whose leaders adhere Shi’ite Islam, and Saudi Arabia and the other regional Sunni Muslim monarchies backing Hadi.”

Moments ago all these warnings were borne out when Al-Arabiya reported that the latest middle-east war is now official after Saudi Arabia and Arab Gulf States had launched a bombing campaign against Yemen.

This is just the beginning:

MORE: Saudi ambassador to US: Offensive, which started with airstrikes, will also involve ‘other military assets’ http://t.co/dAzo7Kj9Ie

and now the US is involved:

#BreakingNews: US providing support to Saudi Arabia as it carries out military operation in Yemen –US official http://t.co/dqKrn63Srf

And tanks are crossing the border:

Arab Gulf states had announced that they have decided to “repel Houthi aggression” in neighboring Yemen, following a request from the country’s President Abedrabbo Mansour Hadi.

In their joint statement Saudi Arabia, UAE, Bahrain, Qatar and Kuwait said they “decided to repel Houthi militias, al-Qaeda and ISIS [Islamic State of Iraq and Syria] in the country.”

The Gulf states warned that the Houthi coup in Yemen represented a “major threat” to the region’s stability.

It also accused the Iranian-backed militia of conducting military drills on the border of Saudi Arabia, a leading member of the GCC, with “heavy weapons.”

In an apparent reference to Iran, the statement said the “Houthi militia is backed by regional powers in order for it be their base of influence.”

The Gulf states said they had monitored the situation and the Houthi coup in Yemen with “great pain” and accused the Shiite militia of failing to respond to warnings from the United Nations Security Council as well as the GCC.

The statement stressed that the Arab states had sought over the previous period to restore stability in Yemen, noting the last initiative to host peace talks under the auspices of the Gulf Cooperation Council.

As reported this morning, in a letter sent the U.N. Security Council and seen by Al Arabiya News, Hadi requested “immediate support for the legitimate authority with all means and necessary measures to protect Yemen and repel the aggression of the Houthi militia that is expected at any time on the city of Aden and the province of Taiz, Marib, al-Jouf [and] an-Baidah.”

In his letter Hadi said such support was also needed to control “the missile capability that was looted” by the Houthi militias.

Hadi also told the Council that he had requested from the Arab Gulf states and the Arab League “immediate support with all means and necessary measures, including the military intervention to protect Yemen and its people from the ongoing Houthi aggression.”

To summarize: Saudi Arabia is now bombing a rebel force that has been armed by the US and is backed by Iran, even as the US is bombing an enemy of Iran in Iraq with the blessing of Saudi Arabia.

All in a day’s work in the Middle East.

As for oil’s reaction: for now algos appear to not have gotten the memo, or perhaps they simply priced it in all day today with oil’s inexplicable surge even as everything else was crashing. 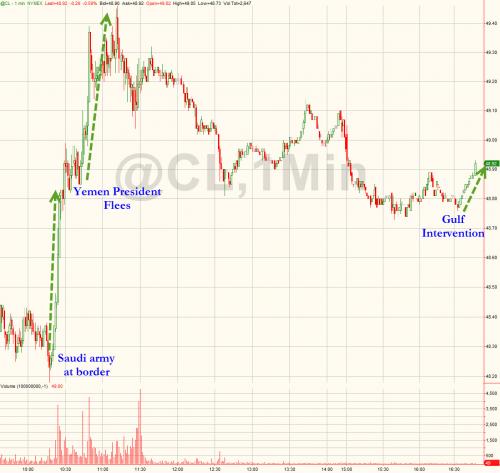