Following its “visual to the world” message last night by test-firing an ICBM, America appears to shifting to ‘big stick’ diplomacy. Following Iran’s naval drills last week (attacking a replica US aircraft carrier), Sputnik News reports that as the nuclear negotiations between Iran and the P5+1 nations come to a head, the US begins Eagle Resolve, a massive military exercise in the Persian Gulf. Eagle Resolve will involve tactical exercises from the US Army, Marines, and various other military branches “with simulated portions of the exercise based on a fictional adversary.” Careful to ensure Obama does not lose his Nobel Peace Prize, a CENTCOM official explained, “the exercise is not intended as a signal to Iran.” 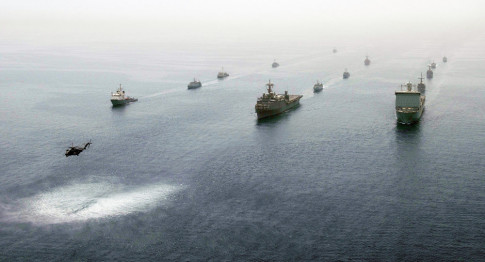 With the support of regional allies, the US moved nearly 3,000 military personnel, as well as “air, land, sea, and special operations components,” into the gulf. Taking place just off the coast of Kuwait, the exercise will continue through the end of the month, and is meant to improve the military’s response time should an incident occur in the region.

“Eagle Resolve 2015 will consist of a week-long series of simulated ‘injects’ to exercise participants’ ability to respond as a multinational headquarters staff, followed by a series of tactical demonstrations of land, maritime, and air forces from several nations,” reads a fact sheet provided to the Washington Free Beacon by US Central Command. “The exercise ends with a senior leader seminar to foster an environment for commanders to discuss issues of regional interest.”

Eagle Resolve will involve tactical exercises from the US Army, Marines, and various other military branches to test readiness in air defense, border security, counterterrorism, as well as “consequence management.” These include amphibious landing exercises and ship-based search and seizure operations.

Officials insist that the exercise has been in the planning stages for the last 14 months, and has nothing to do with the Iranian nuclear negotiations.

“The exercise is not intended as a signal to Iran,” a CENTCOM official said, according to the Free Beacon. “If there’s any message at all, it’s that all participants have a common interest in regional security.”

“It’s important to point out that this is a recurring exercise, with planning for this year’s exercise beginning over a year ago,” the official added. “The focus of the exercise is on bolstering capabilities useful in a wide range of scenarios to help preserve and bolster regional security, with simulated portions of the exercise based on a fictional adversary.”

Still, it’s hard to ignore which nation that “fictional adversary” may be in reference to. On Saturday, former CIA Director General David Petraeus called Iran the greatest long-term threat to stability in the region. 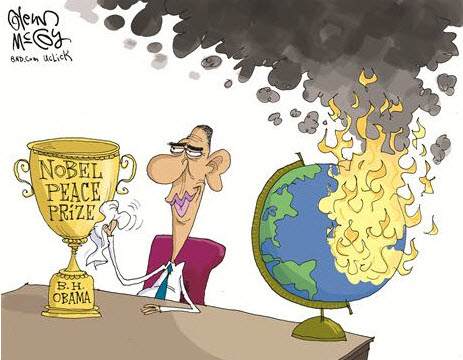 3 thoughts on “US Begins “Big Stick” Negotiations With Iran: Sends The “Big Ships” Into The Persian Gulf”