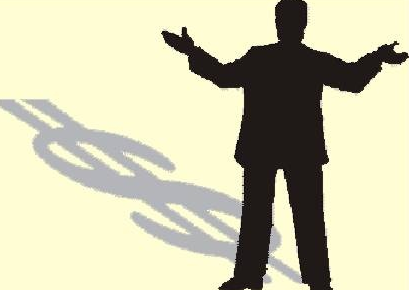 As Greece struggles to convince the world it’s serious about adopting a series of reforms designed to bolster its economy including cracking down on rampant tax evasion, the Syriza government may want to look to Italy for creative ideas on how to boost government revenue. As Italian newspaper Leggo reports, store owners in Conegliano are now faced with the unfortunate (albeit comically absurd) proposition of paying taxes on shadows.

The rationale appears to go something like this: an awning casts a shadow on public property and therefore you must pay to use that property. Here’s more:

CONEGLIANO – is another incoming wave of taxes for merchants Conegliano that this time they have to pay the tax “on the shadow.”

At first glance it might seem a joke, but it’s one of those imposts hidden (but then not so) in the folds of the Italian rules. If a store or a bar has an awning outside the shadowing on public property, must pay a fee that is part of the public land use, tax on employment of public land. While employment is obviously only virtual. “It’s absurd – says Mathias Doimo, owner of the grocery store” La Dispensa “via Vital -. We will pay for this too, but not really talk about it. It’s a shame.

Mathias, 31, has taken over the shop in 2008. Outside, to protect the window from the sun so that the foodstuffs are not directly exposed to light, has installed a curtain of four square meters. A few days ago he received from Abaco, the company that manages the tax on behalf of the City, the payment request. The tax is charged at EUR 8.40 per square meter and the fee is calculated based on the area of ??the tent. In his case the tent is 4 square meters, and has to pay 33.6 euro that comes with various rounding to 34 euro.

The best thing about this policy (if you’re the government) is that taken to its logical extreme, you could charge everyone a fee on sunny days as unless you’re a vampire, you probably are using public land by casting a shadow. We would also note that this gives new meaning to the term “shadow banking.”