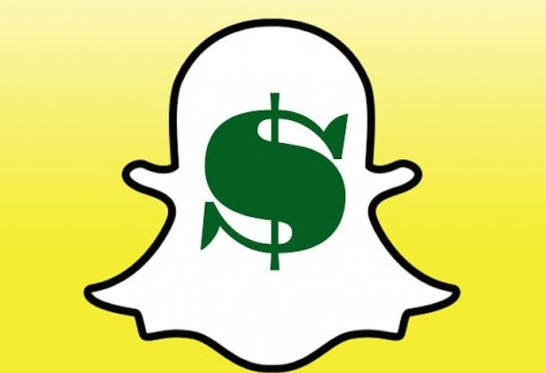 – Surprise: Tech Company Valuations Are Completely Made Up (ZeroHedge, March 18, 2015):

Talk of a massive bubble in the red hot world of private tech companies is getting louder of late. As we noted last week, Prem Watsa recently highlighted what he called excessive “speculation” in tech stocks and predicted that at the end of the day, habitually slapping billion-dollar valuations on unproven companies that often have little more than an app and a dream will end “very badly.” This comes on the heels of Mark Cuban’s warning that stretched valuations in private tech companies are far more dangerous than any perceived Nasdaq bubble 2.0, as at least with overvalued publicly traded firms there’s liquidity.

Well, now that everyone is jumping on the “there’s no way that app is worth $50 billion” bandwagon, Bloomberg is out with a startling revelation: “Snapchat, the photo-messaging app raising cash at a $15 billion valuation, probably isn’t actually worth more than Clorox.”

No, probably not, but it sure is more fun than doing laundry, which is why it absolutely makes sense that the number VCs are putting on the app makes absolutely no sense.

Here’s the secret to how Silicon Valley calculates the value of its hottest companies: The numbers are sort of made-up. For the most mature startups, investors agree to grant higher valuations, which help the companies with recruitment and building credibility, in exchange for guarantees that they’ll get their money back first if the company goes public or sells. They can also negotiate to receive additional free shares if a subsequent round’s valuation is less favorable.

Ok so it’s all completely made up, which is what we suspected, but as Bloomberg discovered when they spoke to some of the billionaires involved in funding early stage tech companies, the term “valuation” doesn’t actually mean what sane people think it means. In fact, having to equate the amount of money one throws at something with an assessment of how much the business is actually worth turns out to be really inconvenient when it comes to fleecing employee shareholders and people who got in earlier which is why VCs would rather just not talk about it, but when pressed, here’s what they’ll say:

“These big numbers almost don’t matter,” says Randy Komisar, a partner at venture firm Kleiner Perkins Caufield & Byers. “Those numbers are just a middling shot at a valuation, and then it’s adjusted later”

Got it. So while we thought “valuations” were numbers that indicate how much something is worth, what they actually are are complete shots in the dark which, if necessary, can be “adjusted” later to reflect economic realities. The reason this makes sense is because these companies often command huge market shares in markets they made up and also because their founders are arrogant. Here’s Bloomberg again:

Some VCs defend the practice by saying valuations are just a placeholder number, part of an equation fueled by other, more important factors. Those can include market share, growth projections, and a founder’s ego.

“A tech startup’s cash flow is less important than you might think. It’s something investors look at for a sense of how quickly a startup is growing its revenue, if the company has any.”

So just as the term “valuation” does not, as we mistakenly thought, indicate what something is worth, a business’s ability to generate cash flow is “less important” than we might have suspected, and it’s a good thing, because a lot of these business don’t make any money at all:

Financiers also look to find the number of people using the product, regardless of whether they pay for it.

Another mistake the market often makes when thinking about valuing these companies revolves around the bad habit of factoring in costs, and especially operating costs, which, like cash flow, actually don’t matter:

All of this makes complete sense of course, but it does lead us to wonder how valuations for the next Facebook are determined because ultimately, you’re still left with the annoying task of having to get a funding round done, and even if it’s just a “middling shot,” it’s still a shot you have to take. Fortunately, there’s one completely unbiased party who is always willing to step in and tell you how much the business is really worth:

The number is typically set by the company…

A founder often starts off with a number in mind, based on the startup’s last valuation, the valuations of competitors, and, for good measure, the valuation of the company’s neighbor down the street.

The punchline to the whole thing is that when this highly scientific process ends up spitting out a number that doesn’t make any sense (so like when Snapchat is supposedly as valuable as Campbell’s Soup for instance), the VCs never get hurt because, in consultation with the founder, they make sure to put in ironclad “downside protection.”

Buried in their corporate filings, startups tuck away all sorts of provisions that reward investors for accepting these mega-valuations. The practice is more regular and egregious in financing rounds for mature companies. Their capital requirements tend to be much larger, so they must turn to more sophisticated investment firms that demand these kinds of terms. Startups that are generous with these guarantees can garner much higher valuations.

Each provision covers different ways to make sure new investors get paid back, even if disaster strikes, if an initial public offering gives the company a market cap far less than its private number, or, more commonly, if the startup has to raise money again at a lower valuation. One stipulation, called senior liquidation preference, ensures that a certain group gets its money back before anyone else, including employees. Another class, called downside protection or ratchets, automatically grants additional shares in the event of a declining valuation, removing a great deal of risk that the stake will ever lose value.

And while company founders and VCs are busy making up numbers, employees (who may or may not have been lured into working for the companies with promises of stock option riches), get the short end of the stick because unlike the VCs, the value of their stake is based on real numbers:

The valuation based on common stock, which is generally what employees receive, and it’s calculated by professional auditors. That figure usually isn’t anywhere close to the headline number.