Hmmh. So far I have never wasted a single thought on Putin not being well.

But to me he doesn’t look good at all in these pictures.

His handshake doesn’t look like it could ‘break hands’ …

… and looking at his posture, … hmmh … , this looks so unlike the martial arts trained Putin I know.

When I once saw a photo where you could take a closer look at his Iris, I saw that his left Iris indicates a problem with the kidney.

Following reports that after unexpectedly rescheduling two preannounced high level meetings, the social networks erupted with a cornucopia of theories and “confirmed” reports that the Russian president is sick, had a stroke, or has outright died. To be sure this is not the first time the 62-year-old’s health has been put into question, the last time being 2012 when rumors swirled again. However this time it got so bad even Bloomberg felt it was relevant to ask “Where is Vladimir Putin.” This morning the Kremlin answered.

Meeting with President of the Supreme Court Vyacheslav Lebedev 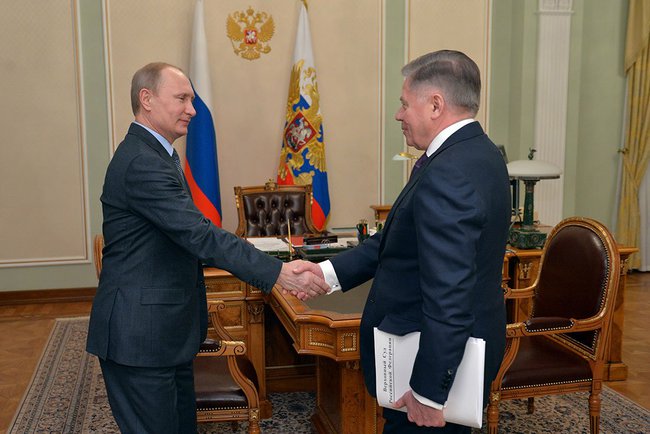 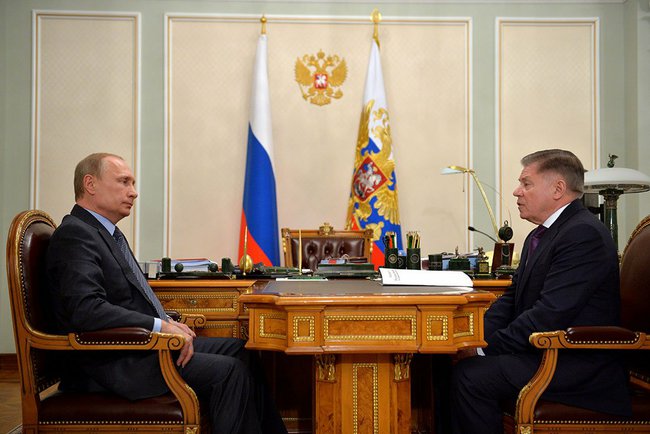 And then just to make sure this latest iteration of “Putin is officially dead” fades into memory, the Kremlin also noted that “Vladimir Putin will meet with President of Kyrgyzstan Almazbek Atambayev in St Petersburg on March 16.

The main subject on the agenda will be continued steps to develop bilateral cooperation, particularly trade and investment ties, cultural and humanitarian contacts, and relations in the energy sector.  The two presidents will also have a detailed exchange of views on cooperation in connection with Kyrgyzstan’s accession to the Eurasian Economic Union.”

So with rumor of Putin’s death greatly exaggerated, the trolls decided to promptly latch on to another, even more tabloidy rumor spread by, sure enough, the Swiss Blick.ch tabloid, according to which Putin’s 32-year-old “girlfriend” Alina Kabaeva checked into the maternity ward at the Clinica Sant’Anna in Switzerland, where she is due to deliver Putin’s child any minute.

Because the rumors must go on.