Who could have seen this coming? The French government, having deployed military to its streets during the attacks by Islamic extremists last month, has  – just as every other government in the world in the new normal – decided that this temporary militarization of French streets is now permanent. As RT reports, President Hollande has decided to “maintain the level of the army on the national territory at 10,000 troops,” with a total of 7,000 troops monitoring (and protecting) religious buildings. 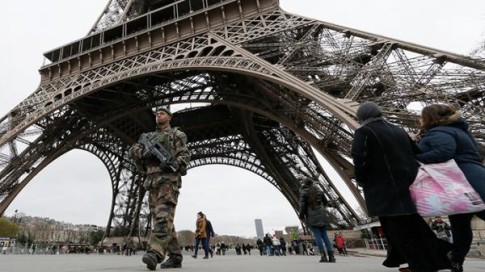 As the threat of attacks by Islamist extremists remains high in France, President Francois Hollande has decided to continue the deployment of 10,000 troops on the streets across the country.

“The threat of terrorist attack against our country remains high. The head of state has decided to maintain the level of the army on the national territory at 10,000 troops in support of security forces from the Interior Ministry,” Hollande’s office said in a statement after a meeting of senior ministers, AFP reported.

A total of 7,000 troops will be monitoring and protecting religious buildings that are “particularly threatened,” the statement added.

Among other sites that are being patrolled by the troops are stations, media buildings and various other possible targets for terrorists.

Among the counter-terrorism measures, French authorities announced last week that they would double Islamic courses at universities to raise awareness about the threat of radical Islamism, and to avoid French imams being financed by foreign sources. 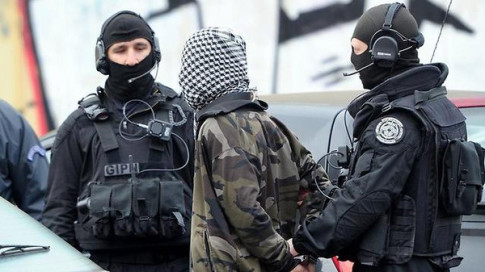 2 thoughts on “The Militarization Of France Is Not Temporary: ‘10,000 Troops To Remain On The Streets’”