It is difficult to get a ‘dependent’ scientist to tell the truth, when his salary depends on telling lies and making things up. 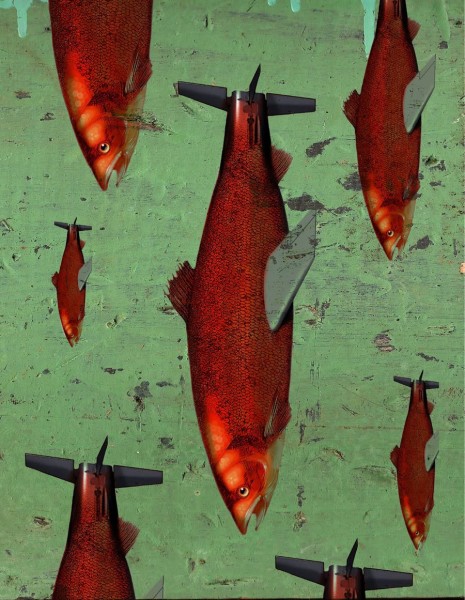 Tufts University’s Director of the Research and Policy Program at the Global Development and Environment Institute (Timothy Wise) points out:

There is no … consensus on the safety of GM food. A peer-reviewed study of the research, from peer-reviewed journals, found that about half of the animal-feeding studies conducted in recent years found cause for concern. The other half didn’t, and as the researchers noted, “most of these studies have been conducted by biotechnology companies responsible of commercializing these GM plants.”

The only consensus that GM food is safe is among industry-funded researchers.

By way of background, genetically engineered foods have been linked to obesity, cancer, liver failure, infertility and all sorts of other diseases (brief, must-watch videos here and here).

And genetically-engineered meat isn’t even tested for human safety.

And a leading risk expert says that genetically modified foods could wipe out the global ecosystem.

But government agencies like the FDA go to great lengths to cover up the potential health damage from genetically modified foods, and to keep the consumer in the dark about what they’re really eating.  (Indeed, the largest German newspaper – Süddeutsche Zeitung – alleges that the U.S. government helped Monsanto ATTACK THE COMPUTERS of activists opposed to genetically modified food.)

Indeed – as Tufts’ Timothy Wise notes – huge sums of money are being poured into shutting down all honest scientific debate about the risks from GMOs:

Biotechnology companies and their powerful advocates, like the Bill and Melinda Gates Foundation, are succeeding in a well-planned campaign to get GM safety declared “settled science.”

An indicator was a quiet announcement in the press last summer that the Gates Foundation had awarded a US$5.6 million grant to Cornell University to “depolarize” the debate over GM foods. That’s their word. The grant founded a new institute, the Cornell Alliance for Science.

“Our goal is to depolarize the GMO debate and engage with potential partners who may share common values around poverty reduction and sustainable agriculture, but may not be well informed about the potential biotechnology has for solving major agricultural challenges,” said project leader Sarah Evanega, senior associate director of International Programs in Cornell’s College of Agriculture and Life Sciences (CALS).

“Improving agricultural biotechnology communications is a challenge that must be met if innovations developed in public sector institutions like Cornell are ever to reach farmers in their fields,” added Kathryn J. Boor, the Ronald P. Lynch Dean of CALS.

It’s kind of like depolarizing an armed conflict by giving one side more weapons.

1 thought on “Meta-Study On Genetically Modified Food: Virtually All Independent Scientists Are Concerned”