Official Greek deposit data began tumbling in December (outflows around EUR3bn), and accelerated in January in the run up to the Syriza election (proxied by JPMorgan at over EUR 12bn). During the last two weeks, however, the absence of ATM lines and visible bank runs has been curiously lacking as, at least on the surface, there appears to be no panic. However, as Dody Tsiantar reports, sources in the Greek banking sector have told Greek newspapers that as much as EUR 25bn euros have left Greek banks since the end of December with outflows surging this week. Perhaps they are getting anxious that authorities will take Cypriot advantage of the Bank Holiday that is planned in Greece on Monday. 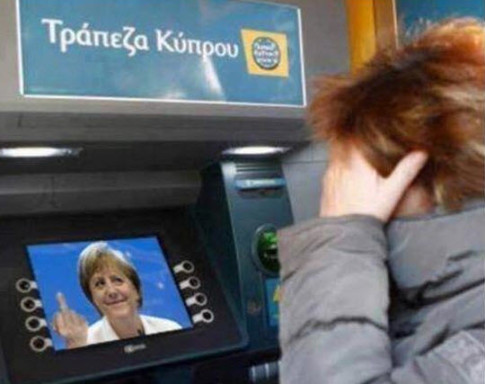 As Dody Tsintar reports (via CNBC),

In the midst of the dramatic showdown in Brussels between the new Greek government and its European creditors, many Greek depositors—spooked by the prospect of a Greek default or, worse, an exit from the euro zone and a possible return to the drachma—have been pulling euros out of the nation’s banks in record amounts over the last few days.

The Bank of Greece and the European Central Bank won’t report official cash outflows for January until the end of the month. But sources in the Greek banking sector have told Greek newspapers that as much as 25 billion euros (US $28.4 billion) have left Greek banks since the end of December. According to the same sources, an estimated 900 million euros flowed out of Greek banks on Tuesday alone, the day after the talks broke up in Brussels, sparking fears that measures will be taken to stem the outflow. On Thursday, by mid-afternoon, deposits had shrunk by about 680 million euros (US $77.3 million).

“If outflows reach 1 billion euros, capital controls might need to be imposed,” said Thanasis Koukakis, a financial editor for Estia a conservative daily, and To Vima, an influential Sunday newspaper.

Of course the surge in ELA funding needs somewhat confirms the much larger than expected deposit outflows. 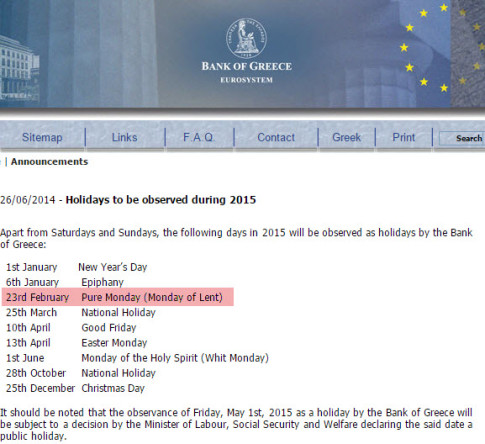