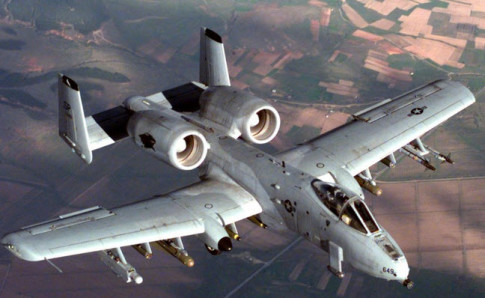 – US Sends “Tankbuster” Jets To Europe Over Russia Fears After Germany Says “A Large Scale War Could Develop” (ZeroHedge, Feb 18, 2015):

Karl-Georg Wellmann, a lawmaker in Angela Merkel’s Christian Democratic Union has warned that, despite its efforts to avoid arms being provided to Ukraine, Germany “will no longer be able to stop weapons deliveries from from the U.S. and Canada.” Almost too coincidental to these comments, CNN reports, the U.S. Air Force is sending its A-10 “tankbusters” back to Europe in order to “increase rotational presence in Europe to reassure our allies and partner nations that our commitment to European security is a priority.” As Wellmann ominously concludes, seemingly confirming Putin’s warning yesterday that if Kiev aims at a military solution, war will never end, “a large-scale war could develop out of that.”

As Bloomberg reports, Germany May Be Unable to Stop Weapons to Ukraine, Lawmaker Says

“We will no longer be able to stop weapons deliveries from from the U.S. and Canada” after rebel gains in the strategic town of Debaltseve in eastern Ukraine, Wellmann tells Tagesspiegel in interview

“A large-scale war could develop out of that,” Wellmann says

And so, as CNN reports, The US is sending in the Warthogs…

The U.S. Air Force is sending its “tankbusters” back to Europe.

The service’s European Command said this week that 12 A-10 Thunderbolts would be deployed to Spangdahlem Air Base, Germany, as part of Operation Atlantic Resolve, which was formed after Russia’s intervention in Ukraine over the past year. 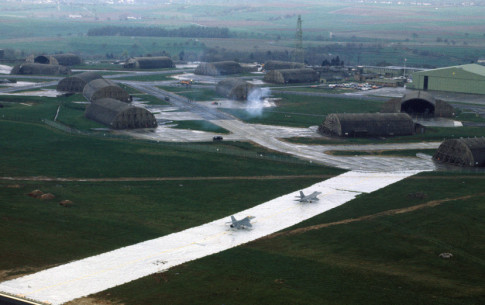 “The Air Force is increasing rotational presence in Europe to reassure our allies and partner nations that our commitment to European security is a priority,” Lt. Gen. Tom Jones, vice commander, United States Air Forces in Europe — Air Forces Africa, said in a statement.

The Air Force said besides operating in Germany, the A-10s will be forward deployed to other partner nations in Eastern Europe. U.S. forces have operated out of bases in Lithuania, Estonia, Latvia and Poland, among others, in the past year.

The A-10, also known as the “Warthog,” was designed in the 1970s to support ground troops in Europe against the tanks and armored vehicles of the then-Soviet Union. Though the jets can carry a variety of bombs and missiles, they are best known for their nose-mounted, seven-barrel 30 mm Gatling gun that can fire almost 4,000 rounds per minute, enough to quickly blow apart a tank. The planes are also durable, with the pilot protected from ground fire by a wrapping of titanium often called “the bathtub.” And they are designed for easy maintenance in battlefield areas, with interchangeable parts for the right and left sides of the aircraft.

Not exactly the act of a peace-seeking force following a “truce”? But then again… Washington was not included in the Minsk Summit so apparently feels free to stir things up explicitly.