Our world seems to be at a tipping point. The ever encroaching police state, the fact that all financial markets, over the entire global, are rigged. Since when does the President come out and tell Congress that he needs omnipotent powers to continue to expand the wars of aggression? What next, maybe world war; cast a dragnet across the internet to begin scooping up owners of alternative news websites? Perhaps begin systemically killing the bankers in the back office with the codes and programs that run the derivatives markets and rig the equities markets? Or maybe journalist begin dying in questionable auto accidents or suicide. Where does it end?

When speaking with a colleague a few days ago our conversation began with him stating that we was just beat up from all the criminality, corruption and endless manipulation. It was hard to hear and as I explained it is only because of what we do that anything has a chance of changing. Do we simply run away or roll-over and just take it like the majority of people in this country and on this planet? Unfortunately, I just wasn’t built that way.

As 2015 begins to take root signs of an ominous wind are brewing. The trees are laid bare with there exposed branches trembling with anticipation of something this world has never experienced before. The people are uneasy and unsure. The once silent voices are beginning to ask questions and seek better information. 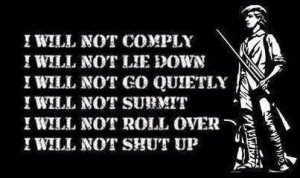 When Brian Williams recently exposed the depths of lies the mainstream media is willing to support and spread, it seems there was a change that is now palatable. People are beginning to seek real information on a grand scale, which can only mean that people are, at the very least, curious as to what may be available in regards to the truth. If someone that was as respected as Brian Williams was before he was exposed, what other lies have people been sold? Who else has been lying and for how long? What am I missing or being sold and can I trust these people, that come into my living room at dinner time, any longer. Unfortunately, the answer for a good long while is they are not trust worthy. Does that mean you can trust what I am saying? Everything should be questioned. You should do as most of the citizen journalist and professional journalist have done and dedicate yourself to being a good citizen, an informed citizen and confirm everything you read, hear and see. Did the weatherman just say it is raining? You should look outside to confirm or deny what you were just told. Until absolutely everything in your life is questioned you will continue to be lead around like a blind sheep.

Our world seems to be at a tipping point. We are told, every first Friday of the month, that employment has once again improved and people are going back to work. According to Jim Clifton, CEO of Gallup, the employment numbers come straight out of fantasyland. Yet another ongoing, repeated lie, that is perpetuated by the mainstream media and by the government. Mr. Clifton made it clear that it is “reported” is nothing more than smoke and mirrors and doesn’t reveal the truth about the unemployment situation in our country.

Here’s a quote from Mr. Clifton’s Editorial that began the controversy

Yet another figure of importance that doesn’t get much press: those working part time but wanting full-time work. If you have a degree in chemistry or math and are working 10 hours part time because it is all you can find — in other words, you are severely underemployed — the government doesn’t count you in the 5.6%. Few Americans know this.

Two days later, when he was questioned, live on CNBC, about his comments, is when this story took a turn.

Both of these scenarios, Brian Williams and Jim Clifton, began unfolding in the early part of February 2015. The tide seems to be turning and the criminals in Washington DC are taking note. On the heels of this next leg up in the grand awakening, it seems there may be a new wrinkle in the story. It appears the criminals don’t really like The Daily Coin, SGTReport, SHTFPlan or any of the websites that are exposing their nonsense and delivering the truth directly to the people by way of the internet. Remember, the internet was developed by DARPA and DARPA is the research arm of the military. They do not develop technology for the benefit of humanity, they develop technology to kill people more efficiently.

It seems instead of using the internet kill switch to squelch this mass awakening, the criminals will simply change the rules. This is where you, yes, you the person reading this story, come in and absolutely must play a part. Just because you are currently seeking information instead of informing people doesn’t mean they aren’t coming for rights and liberties as well. Help us, help you.

The Federal Election Commission (FEC) is holding a hearing today to receive public feedback on whether it should create new rules regulating political speech, including political speech on the Internet that one commissioner warned could affect blogs, YouTube videos and even websites like the The Daily Coin.

The wind is picking up speed and debris like that of a tornado. Will we the people be blown away or will we stand together and begin taking back our country? Is it too late are the shackles already around our throats and we merely haven’t felt the sting? Are you willing to help by making the phone calls, sending the emails and, more importantly, actually doing something other than reading?

2 thoughts on “An Ominous Wind This Way Blows”