Reported about this here:

– Family asks cops to check on 74-year-old vet after surgery, and they break in and kill him 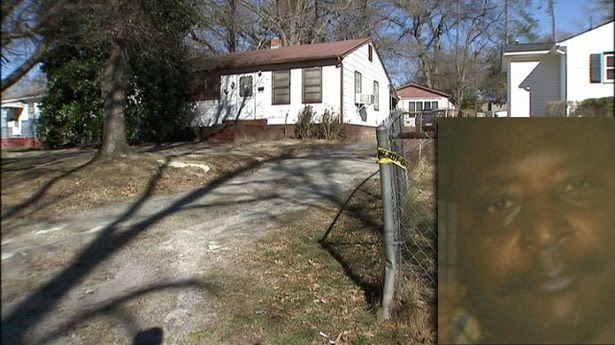 A North Carolina family asked Gastonia police to check in on a family member who was recovering from surgery. In an ideal world, this would be a wonderful service to be performed by police with a grateful community that would offer them thanks.

Unfortunately, these notions have nothing to do with the business model of modern day policing, which does not serve those it views as its enemy. Indeed, although it might be the public that helps keep the coffers full by various means, it is a public still viewed as the number one threat by the police who benefit from them – by various means.

By that concept, it should come as no surprise that the older man they were called out to check on was the very one they senselessly killed that day.

This past Saturday afternoon, the family asked for a welfare check on 74-year-old James Howard Allen, a Korean War veteran, as he was recovering from heart surgery. The officer first visited the house that night at 10:20 p.m. with no answer.

So of course the next line of action would be for Gastonia police to gather the fire department emergency medical services to bust into the home at 11:30 p.m. The chief said Officer Josh Lefevers announced himself before going into the back door and the officer alleges that Allen was pointing a gun.

With no-hesitation shooting tactics police are repetitively instructed with to ensure threats are eliminated immediately (especially unarmed family pets), one wonders of Allen was ever “challenged to lower the gun down” as the chief insists. “The gun was pointed in the direction of the officers and a shot was fired that fatally wounded him.” This vague but carefully crafted sentence was designed to paint a showdown with the officer having no other choice but self-defense from the gun that was pointed in their direction. (Also note the passivity – “a shot was fired that fatally wounded him.”)

Actually, it was three shots in order to kill, not a random shot that made its way around the room and happened to “wound” Allen.

The grieving family and friends who want real answers, did not use such word-painting as they view what happened entirely differently. They see a natural response to an aggressive break-in, and are angered that another solution wasn’t sought first.

(He) probably woke up, someone’s breaking in on me, so when you’re by yourself you try to protect yourself.

Allen’s friend related that he would have had the same reaction and said:

You kicked the man’s door in. He’s disoriented and he’s in his own house, privacy of his own home.

Years of television programming complete with increasing terroristic stories like these serve the purpose of training the public that they have no rights, especially none regarding self-defense. It’s reported in a way that holds the officer as needing self-defense from a threat – after breaking into someone’s home at night. Not many people question this narrative, but instead will say “oh, he had a gun” or “the cop had no other choice.” Very rarely will they consider that the whole situation didn’t have to happen and certainly did not need that level of escalation.

One neighbor, however, asked a pertinent question:

The thing I questioned is why make a wellness call at midnight?

While the N.C. State Bureau of Investigation will be looking into it, the typical standard for such situations is to simply put the officer on paid administrative leave for awhile.