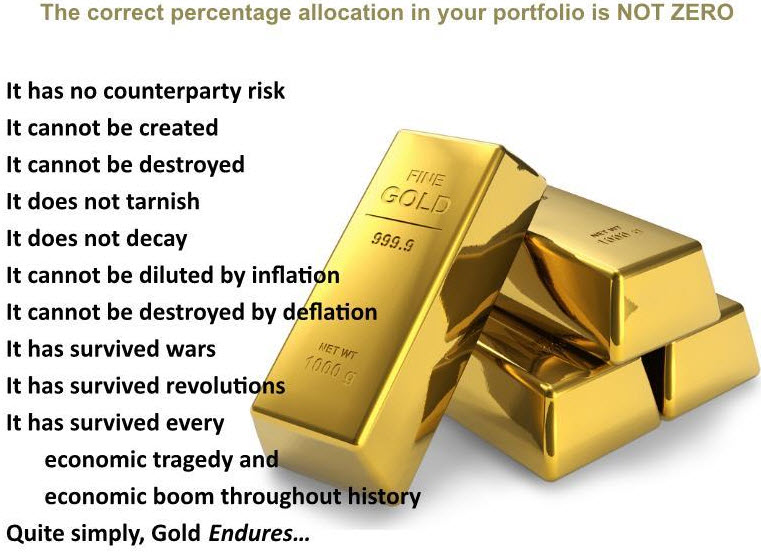 Yesterday the European Central Bank acknowledged that the currency it manages is being sucked into a deflationary vortex. It responded in the usual way with, in effect, a massive devaluation. Eurozone citizens have also responded predictably, by converting their unbacked, make-believe, soon-to-be-worth-a-lot-less paper money into something tangible. They’re bidding gold up dramatically.

So after falling hard in 2013 and treading water for most of 2014, the euro price of gold has gone parabolic in the space of a couple of months. This sudden rather than gradual awakening is the standard pattern for a currency crisis, mainly because it takes a long time for most people to figure out their government is clueless and/or lying. But once they do figure it out, they act quickly. 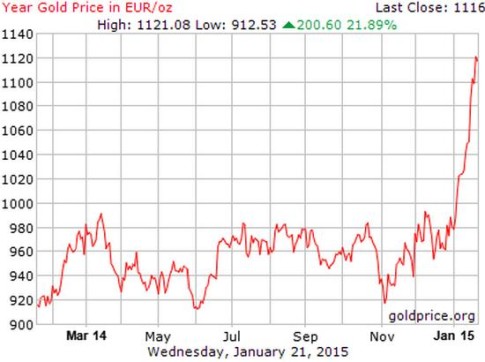 Europe’s gold chart isn’t as dramatic as Russia’s (see it here) because Europe doesn’t depend on oil exports and the euro, while dropping versus the dollar, isn’t yet in free-fall. But with another trillion euros due to hit the market in the coming year, and a series of currency union-threatening political crises in the pipeline, the flight to safety could easily become a stampede. 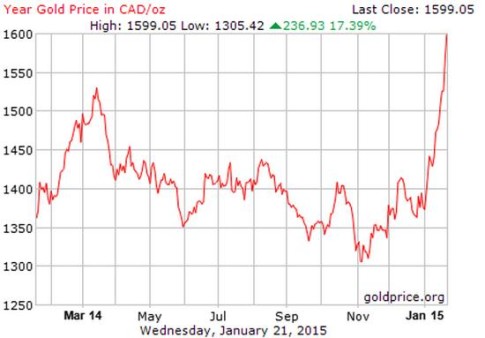 Just to be clear, this isn’t a prediction about the immediate future, but an attempt to illustrate the nature of gold. It behaves this way in crises because it is sound money which can’t be created in infinite quantities by panicked central banks as can euros, Canadian dollars and all other fiat currencies. These charts illustrate what happens when this difference starts to matter.

Right now, the fear is country-specific. Europeans start to distrust their government and shift to gold, without necessarily questioning foundational concepts like big, activist government and central bank management of fiat currencies. They still assume that the euro would be fine if managed correctly.

The next stage will begin when enough local currencies blow up to make people realize that the problem isn’t with specific governments or national forms of money, but with the idea of fiat currency itself. When that happens the global gold chart will look like Europe’s — but with more zeros.

1 thought on “This Is What Gold Does In A Currency Crisis, Euro Edition”