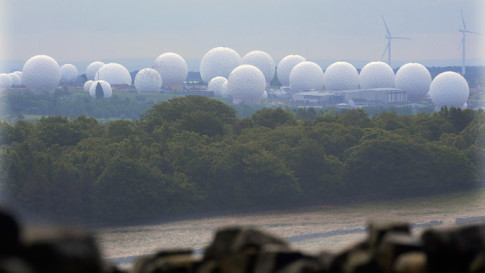 British security agency GCHQ has stored thousands of emails from journalists working for the world’s biggest news organizations, according to a new batch of Edward Snowden leaks.

Emails from the BBC, Guardian, New York Times, Washington Post and others were saved by GCHQ, allegedly as part of a ‘test exercise’ conducted by the agency.

Journalists’ communications were among 70,000 emails harvested during one day in November 2008. They were obtained by one of GCHQs taps into fiber-optic cables used to transfer information on the internet. 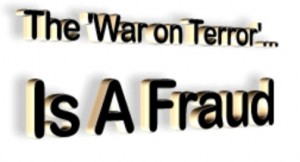 Emails from the BBC, Reuters, the Guardian, the New York Times, Le Monde, the Sun, NBC and the Washington Post were saved by GCHQ and shared on the agency’s intranet as part of a test exercise by the signals intelligence agency.The journalists’ communications were among 70,000 emails harvested in the space of less than 10 minutes on one day in November 2008 by one of GCHQ’s numerous taps on the fibre-optic cables that make up the backbone of the internet.

New evidence from other UK intelligence documents revealed by Snowden also shows that a GCHQ information security assessment listed “investigative journalists” as a threat in a hierarchy alongside terrorists or hackers.

– From the Guardian article: GCHQ Captured Emails of Journalists from Top International Media

Government Communications Headquarters, or GCHQ, is the United Kingdom’s equivalent to the NSA. As you might expect, it is no less immoral or shady than its domestic counterpart. While most of the surveillance related posts here at Liberty Blitzkrieg have focused on the NSA, GCHQ has been front and center from time to time. For example, see the following from 2014:

In the most recent blockbuster article from the Guardian, we get an inside look at how the British spy agency sees investigate journalists. In two words: The Enemy.

GCHQ’s bulk surveillance of electronic communications has scooped up emails to and from journalists working for some of the US and UK’s largest media organizations, analysis of documents released by whistleblower Edward Snowden reveals.

Emails from the BBC, Reuters, the Guardian, the New York Times, Le Monde, the Sun, NBC and the Washington Post were saved by GCHQ and shared on the agency’s intranet as part of a test exercise by the signals intelligence agency.

The journalists’ communications were among 70,000 emails harvested in the space of less than 10 minutes on one day in November 2008 by one of GCHQ’s numerous taps on the fibre-optic cables that make up the backbone of the internet.

New evidence from other UK intelligence documents revealed by Snowden also shows that a GCHQ information security assessment listed “investigative journalists” as a threat in a hierarchy alongside terrorists or hackers.

More than 100 editors, including those from all the national newspapers, have signed a letter, coordinated by the Society of Editors and Press Gazette, to the UK prime minister, David Cameron, protesting at snooping on journalists’ communications.

Ripa has been used to access journalists’ communications without a warrrant, with recent cases including police accessing the phone records of Tom Newton-Dunn, the Sun’s political editor, over the Plebgate investigation. The call records of Mail on Sunday reporters involved in the paper’s coverage of Chris Huhne’s speeding row were also accessed in this fashion.

The GCHQ document goes on to warn that the fact that billing records “kept under Ripa are not limited to warranted targets” must be kept as one of the agency’s most tightly guarded secrets, at a classification known as “Top secret strap 2”.

That is two levels higher than a normal top secret classification – as it refers to “HMG [Her Majesty’s government] relationships with industry that have areas of extreme sensitivity”.

One restricted document intended for those in army intelligence warned that “journalists and reporters representing all types of news media represent a potential threat to security”.

It continued: “Of specific concern are ‘investigative journalists’ who specialize in defence-related exposés either for profit or what they deem to be of the public interest.

Terrorists, listed immediately above investigative journalists on the document, were given a much higher “capability” score of four out of five, but a lower “priority” of two. The matrix concluded terrorists were therefore a “moderate” information security risk.

Go ahead and read that last paragraph again. In some respects, terrorists are viewed as a lower priority than investigative journalists by the GCHQ. More proof that the “war on terror” is a total sham, and that governments around the world see transparency, truth and their own citizenry as the real enemies.

This is precisely why UK Prime Minister David Cameron wasted no time in exploiting the tragic attacks in Paris in order to call for a banning of encryption, i.e., private communications. In case you need to get up to speed:

Fortunately, it appears GCHQ tyranny has finally slapped journalists squarely and unapologetically in the face enough times local media is starting to notice. Specifically, more than 100 editors have signed a letter co-ordinated by Press Gazette and the Society of Editors calling for an end this fascist behavior.

The Press Gazette reports the following:

Every national newspaper editor has backed the Press Gazette Save Our Sources campaign and signed a joint letter of protest to Prime Minister David Cameron over police spying on journalists’ phone records.

More than 100 editors have signed a letter co-ordinated by Press Gazette and the Society of Editors to warn that the draft code of practice on use of the Regulation of Investigatory Powers Act puts journalists’ sources at risk.

Politicians promised new controls in the code, but instead the new draft guidance states that police can continue to secretly view journalists’ phone records provided they give “special consideration” to the “proportionality” of doing so.

The draft code appears to encourage police to access journalists’ phone records by stating that they are not “privileged information”.

Society of Editors executive director Bob Satchell said: “Politicians say that terrorism laws should be used where relevant and proportionate. The police have used RIPA when it was neither. Journalism is not terrorism nor criminal.

“A powerful group of senior national, regional and local editors and broadcasters who frequently have different opinions are united in their concerns about RIPA.

“This is not about terrorism it is about the police using a law for purposes Parliament never intended.

Press Gazette editor Dominic Ponsford said: “It is unprecedented in my experience for every national newspaper editor to agree on anything. So it is highly significant that here they have said with once voice that RIPA needs tougher controls to protect journalists’ sources.

“Giving police the ability to secretly view the phone records of law-abiding journalists is not compatible with an open democratic society.”

A further 1,649 individuals, mostly journalists, have signed the Press Gazette Save Our Sources petition which is also to be submitted today as part of the RIPA consultation.

The consultation on the Acquisition and Disclosure of Communications Data Code of Practice closes tomorrow (20 January).

Now here are the signatories: