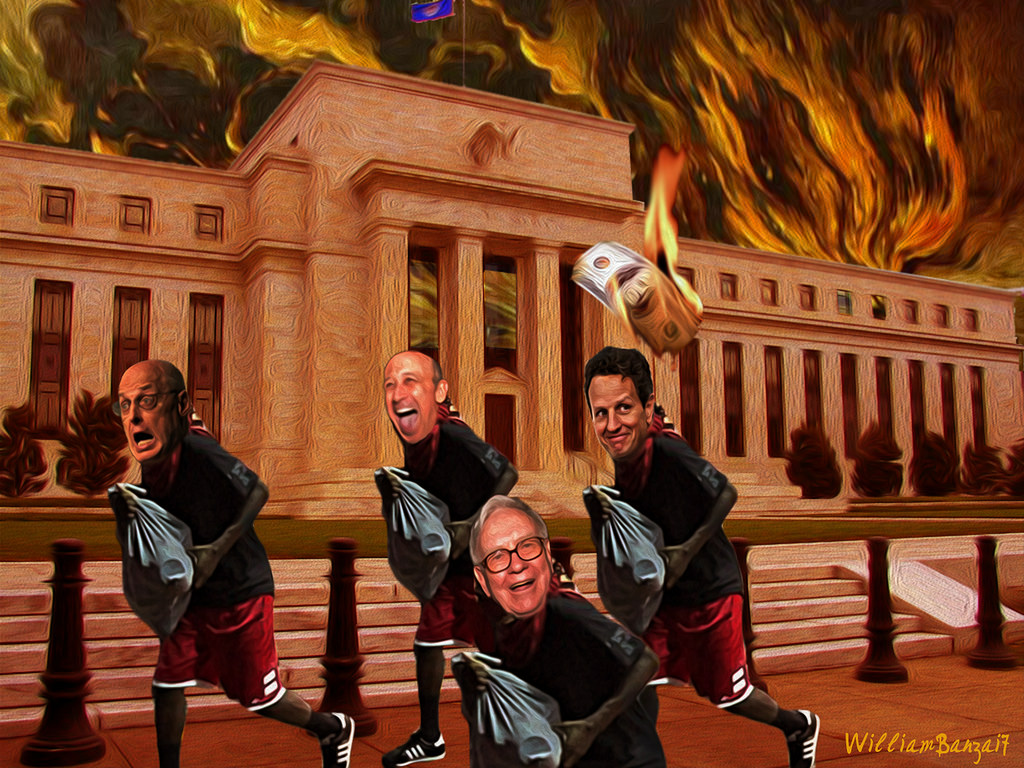 Still not clear? The following two charts should help: 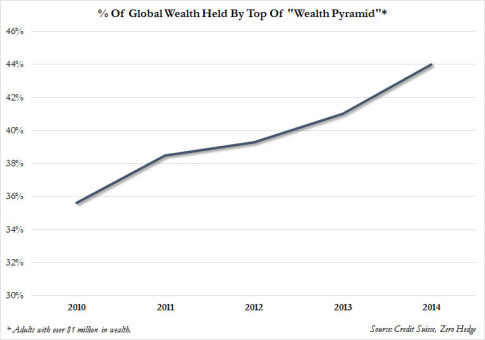 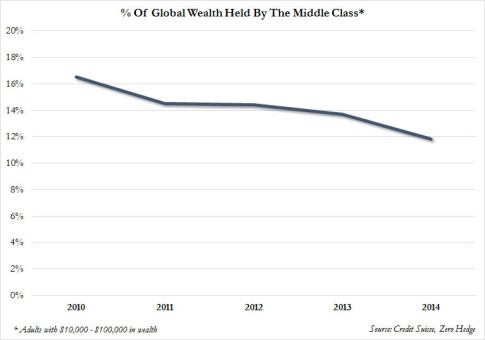 In short: the rich get richer; the poor get poorer, and the middle class is going extinct.

What happens next?  The NYT explains in “Oxfam Study Finds Richest 1% Is Likely to Control Half of Global Wealth by 2016”

The richest 1 percent are likely to control more than half of the globe’s total wealth by next year, the charity Oxfam reported in a study released on Monday. The warning about deepening global inequality comes just as the world’s business elite prepare to meet this week at the annual World Economic Forum in Davos, Switzerland.

The 80 wealthiest people in the world altogether own $1.9 trillion, the report found, nearly the same amount shared by the 3.5 billion people who occupy the bottom half of the world’s income scale. (Last year, it took 85 billionaires to equal that figure.) And the richest 1 percent of the population, who number in the millions, control nearly half of the world’s total wealth, a share that is also increasing.

The type of inequality that currently characterizes the world’s economies is unlike anything seen in recent years, the report explained. “Between 2002 and 2010 the total wealth of the poorest half of the world in current U.S. dollars had been increasing more or less at the same rate as that of billionaires,” it said. “However since 2010, it has been decreasing over that time.”

“Do we really want to live in a world where the 1 percent own more than the rest of us combined?” Ms. Byanyima said. “The scale of global inequality is quite simply staggering.”

What happens after that, once the world’s 99% realize that the “recovery” was nothing but the era of the most brazen middle-class destruction around the globe, one which also saw the greatest wealth transfer period from everyone else to the uber-rich in the history of mankind, covered by endless daily talk of “imminent recovery”? Think French revolution, only on a global scale, and on steroids.

Thank you Fed, and your tenured economist groupies.

2 thoughts on “Spot The Trend: The Richest 1% Are About To Own Over Half Of Global Wealth”