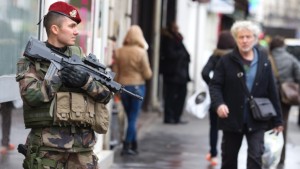 Madame Rothschild tells Lasha Darkmoon in a private email that the Charlie Hebdo affair was a Mossad operation.

Brief introductory note by Lasha Darkmoon: I have just received an electrifying email from my friend Ellie Katsnelson, aka Madame Rothschild, a German aristocrat of Rothschild parentage who has fallen out with her “family” after certain traumatic events during her adolescence, including the mysterious death of her mother in the Swiss Alps in 1989 (See her mini-biography below).

The email was sent to me on Sunday, January 11, 2015 5:56 AM, i.e., yesterday. I transcribe it exactly as written, except for one or two minor alterations in the interests of extra clarity.

Reader, you must make up your own mind if there is any truth in these chilling revelations. I myself remain undecided, as is my custom, preferring to keep an open mind until the facts have been clearly established.

I won’t write to the  Comments section of your website, as you suggest, because I cannot help feeling that it is juvenile to do so. But this I will say most emphatically, based on my private sources, for as you know, I am a resident of France and have many friends in high places in Paris and elsewhere: not only do I believe that the Paris circus was not done by the Muslims, I actually know for a certainty that it was not.

Muslims had nothing—I repeat, nothing—whatever to do with the carnage that took place in Paris last week.

A few young ladies whom I know and who are active in the Palestinian movement—with your own countryman, George Galloway, I believe—explained everything to me two days ago. This whole event was organized in Brussels. Even Ahmed Merabet, the first French policeman purportedly shot dead, is actually not a Muslim at all: his real name is Avigdor, and his brother’s name is Maloch, recently changed to Melek—all of them crypto-Jews in the service of  Israeli intelligence, i.e., Mossad agents.

Avigdor is in Buenos Aires right now, and will remain there for six years, a standard operating procedure with those deep in Israeli  psyops. After this he will resurface with a new identity, by which time of course the populace will have forgotten all about the Paris attacks.

Remember Gladio? Well, if you don’t, you don’t have to—as you are living through it right now.

Lasha, I am well known for being able to chatter on endlessly and to write even at greater length, so this is all for now. I will write you an email sometimes in March when I return to France and the UK from Sydney. Hopefully, there will be no more pussyfooting around, and we can sit down and enjoy a glass of wine together, as befits two queens: one a drama queen (me), the other a mystery queen (you).

That’s all, dear.  Bye for now and keep well. I’ve missed you.

P.S. Regarding the Paris farce. I forgot to mention the amount such players get paid. It is 666,000 euros or dollars, depending on the country the event is staged in. The amount may seem random and insignificant to you, but once you know how important numerology and signs are to the Kabalistic Jews, things begin to make sense.

Moreover, the number SIX features again, you will notice, as that is the number of years during which the commandos carrying out the operation  are not allowed to resurface. They have to lie low for six years, living lives of impeccable respectability under their newly invented personas.  When they finally emerge into the full light of day, it is never in the country where they performed their original theatrics.

Thus Avigdor, the ”hero” of the Paris op,  and all the rest of his accomplices in crime, will start a new life elsewhere: with a new identity, new papers, a new passport—even a nice new house provided. Everything else will be given to these operatives to enable them to make a fresh start in life, including a wife or partner who is also an undercover agent. Nothing, absolutely nothing, is left to chance.

ELLIE KATSNELSON (pen name):  Born in February of the year 1970, of a good family on my mother’s side, I come from an old German family of the branch of Kleists, who hail from Dresden, though the earliest ancestor of ours to whom I was able to trace our connection was in fact from Bonn. My mother was the daughter of Kristian Kleist, who was the owner of quite a few estates, which later passed first to my mother and then to me.

My mother’s bequest made a huge accession to my small fortune, and ever since I have supported my life entirely by this. By marriage my mother became immensely wealthy, judging by any standard, though her sobriety and goodness were never once impaired by her newly gained astonishing wealth.

In 1989, in a manner most callous, my mother was taken away from me in a mountain in Europe in what appeared to be an accident, but which was soon discovered to have been a carefully devised and executed plot to remove her from life. As I have often found my emotional life without her to be insupportable, and as my grief for her remains unabated, I have decided to steadily pursue those who were responsible for her death, and hope that one day will bear witness to the downfall of those who have made it their life’s duty to bring about and bear witness to the downfall of the world.

I live in Europe, chiefly in a small country house in France, where I have spent by far the most agreeable part of my life, though I often go over to London, where I first learned to speak English, and where I have few friends and some insubstantial real estate. I am not a globe trotting businesswoman, and I do not owe my wealth to my talents. With this last, I have not been equipped. I am, however, independent, determined, and not at all inclined to smile or view with favour those who have tried to make my life unbearable. I hope that my possible future appearance here [on this website] is met with a slightly warmer reception than it once was when I first appeared, for we should all really strive to make more friends than enemies in life.

Certain legal restrictions prohibit me from divulging at this stage more information about myself and my mother, much as I would like to, and so I hope this suffices.