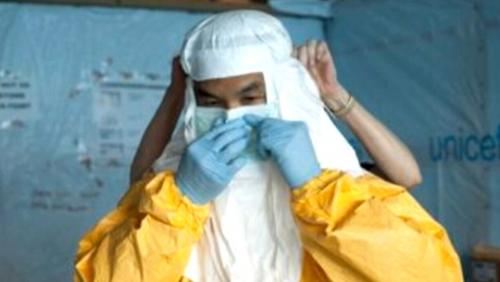 – Canadian Doctor Quarantines Himself Over Ebola Fears After Returning From Liberia (ZeroHedge, July 29, 2014):

Earlier today we wondered, rhetorically, if the CDC was wrong when it stated, with confidence, that there is “little risk” for the Ebola virus to leave the African continent, and cross the Atlantic, landing in North America. We may have gotten the official refutation less than 6 hours later, when moments ago Canada’s CTV reported that a Canadian doctor is in self-imposed quarantine after spending nearly a month in West Africa treating patients in the deadly Ebola outbreak that has claimed nearly 700 lives. “Dr. Azaria Marthyman of Victoria, B.C. was among a handful of Canadian health-care workers who traveled to Liberia, where the Ebola epidemic is currently raging. He was part of a North American team from the Christian relief organization Samaritan’s Purse.” This is the same charity organization whose two US citizen members were previously reported to have caught the virus.

Dr. Marthyman worked at the agency’s facility in Liberia’s capital, Monrovia, before returning to Canada last Saturday. While he has not tested positive for the disease, he has quarantined himself as a precaution.

And immediately, the attempt to spin this as good news emerges: “Azaria is symptom-free right now and there is no chance of being contagious with Ebola if you are not exhibiting symptoms,” Melissa Strickland, a spokesperson for Samaritan’s Purse, told CTV Vancouver Island.

That last statement may be worth a #timestamp, especially considering that one of Marthyman’s colleagues with Samaritan’s Purse, Dr. Kent Brantly, is confirmed infected. The 33-year-old married father of two children is undergoing intensive treatment for the disease, but has been able to speak with doctors and work on his computer.

“It takes about 45 minutes to suit up before going into the isolation area,” Marthyman said by telephone.

His journey to West Africa is not his first to an area ravaged by disease or disaster. Last year, he travelled to the Philippines to provide medical care to victims of Typhoon Haiyan. In 2010, he joined a medical team that treated patients affected by a cholera epidemic in Haiti.

In an interview prior to his trip to Haiti, the father of seven shared why he risks his life to help others.

“We have this slogan at home that we always say at the table, and it’s ‘do your share and let the love go around,’” Marthyman said.

We congratulate Dr. Marthyman for doing the right thing, and we certainly hope that all of his Ebola tests turn out negative.