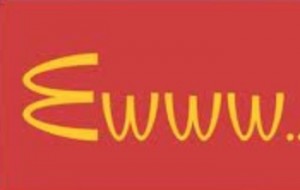 As if the Chinese meat scandal was not a big enough concern for Western fast-food firms, The WSJ reports that the crisis is spreading across Asia as Yum Brands and McDonalds sever links with US-owned Shanghai Husi Food Company, which is accused of selling expired beef and chicken, pulling supplies of chicken from restaurants in Japan. Perhaps even more worrisome for American fast-food companies who have expanded aggressively and over-hyped the growth opportunities in China, a second Sina survey started yesterday, featuring 25,000 respondents, found 77% believed the restaurant brands affected had been aware of Husi’s faulty practices, while 69% said they would no longer dine at the restaurants run by the Western companies.

More companies are cutting ties to a U.S.-owned Chinese food supplier over worries that they may have served expired meat to their customers, as they moved to shore up their reputations in a market known for food-safety problems.

The issue, which on Monday prompted KFC owner Yum Brands and McDonald’s China arm to drop the China-based food supplier, on Tuesday spread to Japan. McDonald’s on Tuesday said its outlets there cut ties with Shanghai Husi Food Co., an arm of OSI Group Inc. of Aurora, Ill. Shanghai Husi has been accused in Chinese media reports of selling meat products beyond their shelf life.

McDonald’s said it pulled chicken nuggets supplied by the company, affecting 10% of its Japanese stores, a move that will create a short-term nugget shortage until new orders arrive from a supplier in Thailand.

“In this case we do feel that we were a bit deceived relative to one of these plants,” said McDonald’s CEO Don Thompson, speaking on the company’s earnings conference call on Tuesday.

McDonald’s, which has more than 2,000 outlets in China, is working with Chinese authorities to investigate, a company spokeswoman said. “It appears from the initial news report that these alleged mis-practices have been hidden from McDonald’s,” she said.

OSI representatives in China didn’t respond to requests for comment on Tuesday. On Monday the company said it believed the Chinese media reports depicted an isolated incident, but said it takes full responsibility and would act accordingly.

In China, Starbucks, Burger King, and the 7-Eleven convenience store chain and others on Tuesday also said they cut ties with Shanghai Husi.

Other food companies that have sourced their meat from Husi include the Swedish furniture retailer, Ikea, and the Chinese fast-food chain, Dicos.

But it appears the damage is done…

A Sina survey started yesterday, featuring 25,000 respondents, found 77% believed the restaurant brands affected had been aware of Husi’s faulty practices, while 69% said they would no longer dine at the restaurants run by the Western companies.

A crisis in confidence in China’s food industry emerged after melamine was found in domestically produced baby formula in 2008. That scandal left 300,000 babies sick and resulted in six premature deaths.

Other stories including fake eggs, diseased pork, recycled oil, mislabelled meat have only led to further calls for industry reform.

With new food scandals arising every few months on the mainland, Western fast-food brands are generally seen as being more trustworthy than local restaurants.

However, this trust may have been badly affected by this new scandal surrounding Husi.

*  *  *
On the bright side, all these firms will have an alternate scapegoat for weak earnings other than the weather…