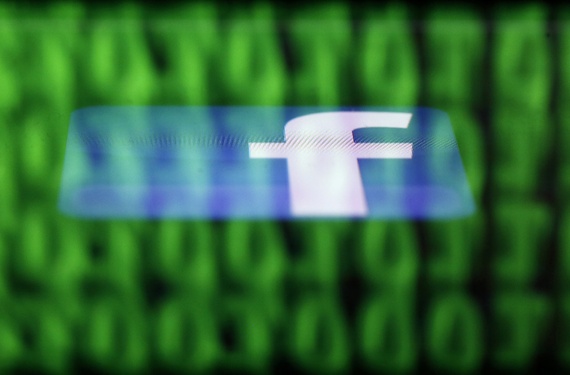 It was probably legal. But was it ethical?

Facebook’s News Feed—the main list of status updates, messages, and photos you see when you open Facebook on your computer or phone—is not a perfect mirror of the world.

But few users expect that Facebook would change their News Feed in order to manipulate their emotional state.

We now know that’s exactly what happened two years ago. For one week in January 2012, data scientists skewed what almost 700,000 Facebook users saw when they logged into its service. Some people were shown content with a preponderance of happy and positive words; some were shown content analyzed as sadder than average. And when the week was over, these manipulated users were more likely to post either especially positive or negative words themselves.

This tinkering was just revealed as part of a new study, published in the prestigious Proceedings of the National Academy of Sciences. Many previous studies have used Facebook data to examine “emotional contagion,” as this one did. This study is different because, while other studies have observed Facebook user data, this one set out to manipulate it.

The experiment is almost certainly legal. In the company’s current terms of service, Facebook users relinquish the use of their data for “data analysis, testing, [and] research.” Is it ethical, though? Since news of the study first emerged, I’ve seen and heard both privacy advocates and casual users express surprise at the audacity of the experiment.
We’re tracking the ethical, legal, and philosophical response to this Facebook experiment here. We’ve also asked the authors of the study for comment. Author Jamie Guillory replied and referred us to a Facebook spokesman. Early Sunday morning, a Facebook spokesman sent this comment in an email:

In the wake of both the Snowden stuff and the Cuba twitter stuff, the Facebook “transmission of anger” experiment is terrifying.

“This research was conducted for a single week in 2012 and none of the data used was associated with a specific person’s Facebook account. We do research to improve our services and to make the content people see on Facebook as relevant and engaging as possible. A big part of this is understanding how people respond to different types of content, whether it’s positive or negative in tone, news from friends, or information from pages they follow. We carefully consider what research we do and have a strong internal review process. There is no unnecessary collection of people’s data in connection with these research initiatives and all data is stored securely.”

What did the paper itself find?

As far as the study was concerned, this meant that it had shown “that emotional states can be transferred to others via emotional contagion, leading people to experience the same emotions without their awareness.” It touts that this emotional contagion can be achieved without “direct interaction between people” (because the unwitting subjects were only seeing each others’ News Feeds).

The researchers add that never during the experiment could they read individual users’ posts.

Two interesting things stuck out to me in the study.

The first? The effect the study documents is very small, as little as one-tenth of a percent of an observed change. That doesn’t mean it’s unimportant, though, as the authors add:

Given the massive scale of social networks such as Facebook, even small effects can have large aggregated consequences. […] After all, an effect size of d = 0.001 at Facebook’s scale is not negligible: In early 2013, this would have corresponded to hundreds of thousands of emotion expressions in status updates per day.

The second was this line:

In other words, when researchers reduced the appearance of either positive or negative sentiments in people’s News Feeds—when the feeds just got generally less emotional—those people stopped writing so many words on Facebook.

Was the study well designed?

Perhaps not, says John Grohol, the founder of psychology website Psych Central. Grohol believes the study’s methods are hampered by the misuse of tools: Software better matched to analyze novels and essays, he says, is being applied toward the much shorter texts on social networks.

Let’s look at two hypothetical examples of why this is important. Here are two sample tweets (or status updates) that are not uncommon:

An independent rater or judge would rate these two tweets as negative — they’re clearly expressing a negative emotion. That would be +2 on the negative scale, and 0 on the positive scale.

“What the Facebook researchers clearly show,” writes Grohol, “is that they put too much faith in the tools they’re using without understanding — and discussing — the tools’ significant limitations.”

Did an institutional review board—an independent ethics committee that vets research that involves humans—approve the experiment?

Yes, according to Susan Fiske, the Princeton University psychology professor who edited the study for publication.

“I was concerned,” Fiske told The Atlantic, “until I queried the authors and they said their local institutional review board had approved it—and apparently on the grounds that Facebook apparently manipulates people’s News Feeds all the time.”

Fiske added that she didn’t want the “the originality of the research” to be lost, but called the experiment “an open ethical question.”

“It’s ethically okay from the regulations perspective, but ethics are kind of social decisions. There’s not an absolute answer. And so the level of outrage that appears to be happening suggests that maybe it shouldn’t have been done…I’m still thinking about it and I’m a little creeped out, too.”

From what we know now, were the experiment’s subjects able to provide informed consent?

In its ethical principles and code of conduct, the American Psychological Association (APA) defines informed consent like this:

When psychologists conduct research or provide assessment, therapy, counseling, or consulting services in person or via electronic transmission or other forms of communication, they obtain the informed consent of the individual or individuals using language that is reasonably understandable to that person or persons except when conducting such activities without consent is mandated by law or governmental regulation or as otherwise provided in this Ethics Code.

As mentioned above, the research seems to have been carried out under Facebook’s extensive terms of service. The company’s current data use policy, which governs exactly how it may use users’ data, runs to more than 9,000 words. Does that constitute “language that is reasonably understandable”?

The APA has further guidelines for so-called “deceptive research” like this, where the real purpose of the research can’t be made available to participants during research. The last of these guidelines is:

At the end of the experiment, did Facebook tell the user-subjects that their News Feeds had been altered for the sake of research? If so, the study never mentions it.

James Grimmelmann, a law professor at the University of Maryland, believes the study did not secure informed consent. And he adds that Facebook fails even its own standards, which are lower than that of the academy:

A stronger reason is that even when Facebook manipulates our News Feeds to sell us things, it is supposed—legally and ethically—to meet certain minimal standards. Anything on Facebook that is actually an ad is labelled as such (even if not always clearly.) This study failed even that test, and for a particularly unappealing research goal: We wanted to see if we could make you feel bad without you noticing. We succeeded.

Did the U.S. government sponsor the research?

Yes, according to a press release from Cornell University describing the study. Cornell’s story identifies the Army Research Office—an agency within the U.S. Army that funds basic research in the military’s interest—as one of the funders of the experiment.

Do these kind of News Feed tweaks happen at other times?

At any one time, Facebook said last year, there were on average 1,500 pieces of content that could show up in your News Feed. The company uses an algorithm to determine what to display and what to hide.

So we know it happens. Consider Fiske’s explanation of the research ethics here—the study was approved “on the grounds that Facebook apparently manipulates people’s News Feeds all the time.” And consider also that from this study alone Facebook knows at least one knob to tweak to get users to post more words on Facebook.