Against a background of having lost control of all western border crossings, Iraqi officials are concerned that ISIS fighters are advancing on the Haditha Dam, the second-largest in Iraq. With militants pouring in from the north, the northeast and the northwest, The NY Times reports, army officers told employees to stay inside and to be prepared to open the dam’s floodgates if ordered to do so. “This will lead to the flooding of the town and villages and will harm you also,” warned one worried employee but this would not be the first time that the Iraqi government and ISIS have engaged in dam warfare, as the closure of the Falluja dam earlier in the year starved areas downstream in the provinces of Najaf and Diwaniya of water needed for crops. The situation is growing more grave as Maliki rejected calls for a caretaker government and has forced Iran’s hand to help. Senator Saxby Chambliss of Georgia noted “the Iranians are playing in a big way in Iraq.”

Iraq has lost control of its Western borders…

Beginning on Friday and in a rapid succession, ISIS fighters captured the western border crossings at Qaim, Waleed and Trebil. 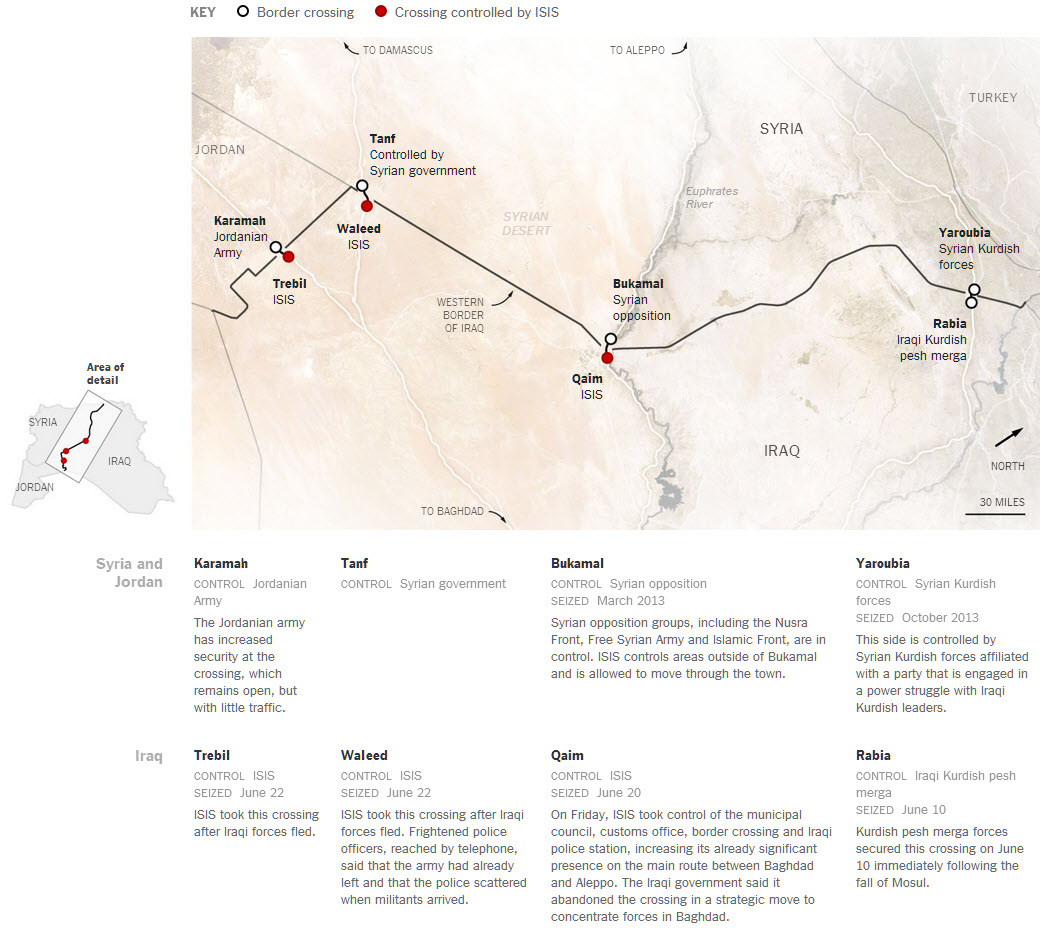 Iraqi security officials said Wednesday that fighters for the Islamic State in Iraq and Syria were advancing on the Haditha Dam, the second-largest in Iraq. 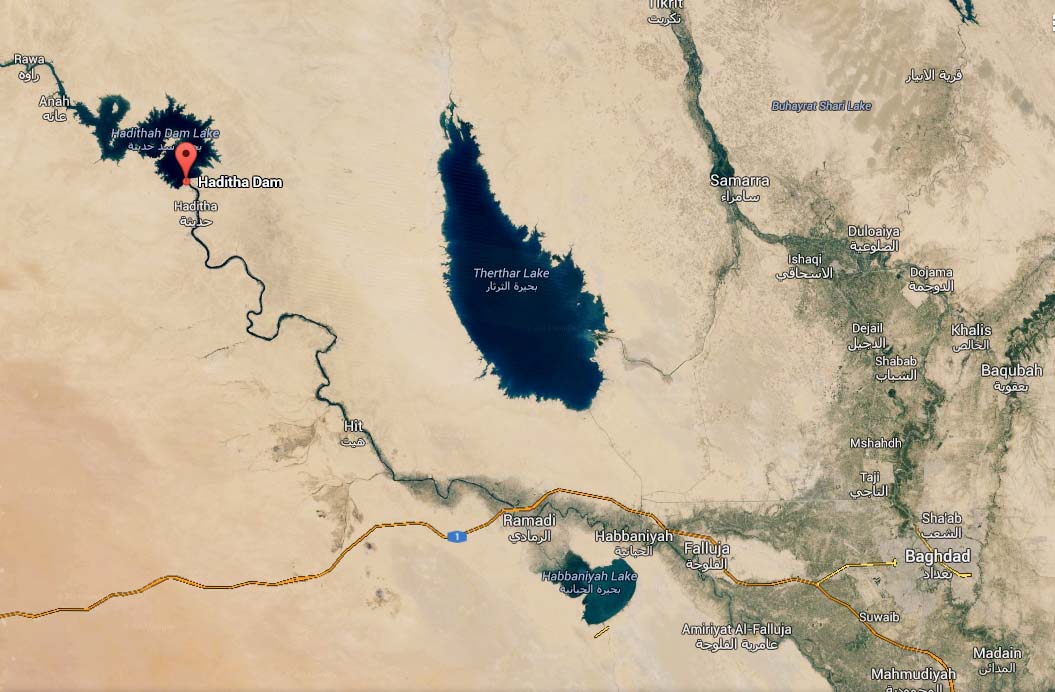 The militants are coming from the north, the northeast and the northwest. The ISIS fighters had already reached the nearby town of Burwana, on the eastern side of Haditha, and government forces were fighting to halt their advance.

Worried that the insurgents would reach the dam on the Euphrates River, about 120 miles northwest of Baghdad, army officers told employees to stay inside and to be prepared to open the dam’s floodgates if ordered to do so, an employee said.

“This will lead to the flooding of the town and villages and will harm you also,” the dam employee said he told the army officer.

According to the employee, who asked not to be named because he was not authorized to speak to the media, the officer replied: “Yes, I know, it will be against us and our enemies.”

This would not be the first time that the Iraqi government and ISIS have engaged in dam warfare. Earlier this year, when ISIS fighters seized the Falluja Dam, they opened it to flood fields of crops all the way south to the city of Najaf. The water at one point washed east as well, almost reaching Abu Ghraib, just west of Baghdad.

The closure of the dam also starved areas downstream in the provinces of Najaf and Diwaniya of water needed for crops. The dam was reopened after several weeks.

Which has forced Iranian hands…

Iran is directing surveillance drones over Iraq from an airfield in Baghdad and is secretly supplying Iraq with tons of military equipment, supplies and other assistance, American officials said. Tehran has also deployed an intelligence unit there to intercept communications, the officials said.

“The Iranians are playing in a big way in Iraq,” Senator Saxby Chambliss of Georgia, the ranking Republican on the Intelligence Committee, said in an interview.

But Maliki remains resistant to US calls for change…

Separately on Wednesday, Mr. Maliki rejected calls for a caretaker government, as he has before, but it appeared to be a repudiation of the Western leaders who have asked him to agree to share power with Iraq’s Sunnis and Kurds.

In a televised address, he criticized “other parties,” a reference to Sunnis and Kurds, for not doing more to support the government, and he rejected the idea of a caretaker government, which could be formed without his participation.

“Despite what we are suffering through, we haven’t heard from our political partners with any support,” Mr. Maliki said. “They are not partners in facing the crisis but they are partners in spending the wealth of Iraq.”