Spot on the chart below just how high the culmination of over $1 trillion in QE3 proceeds “pushed” the US economy. 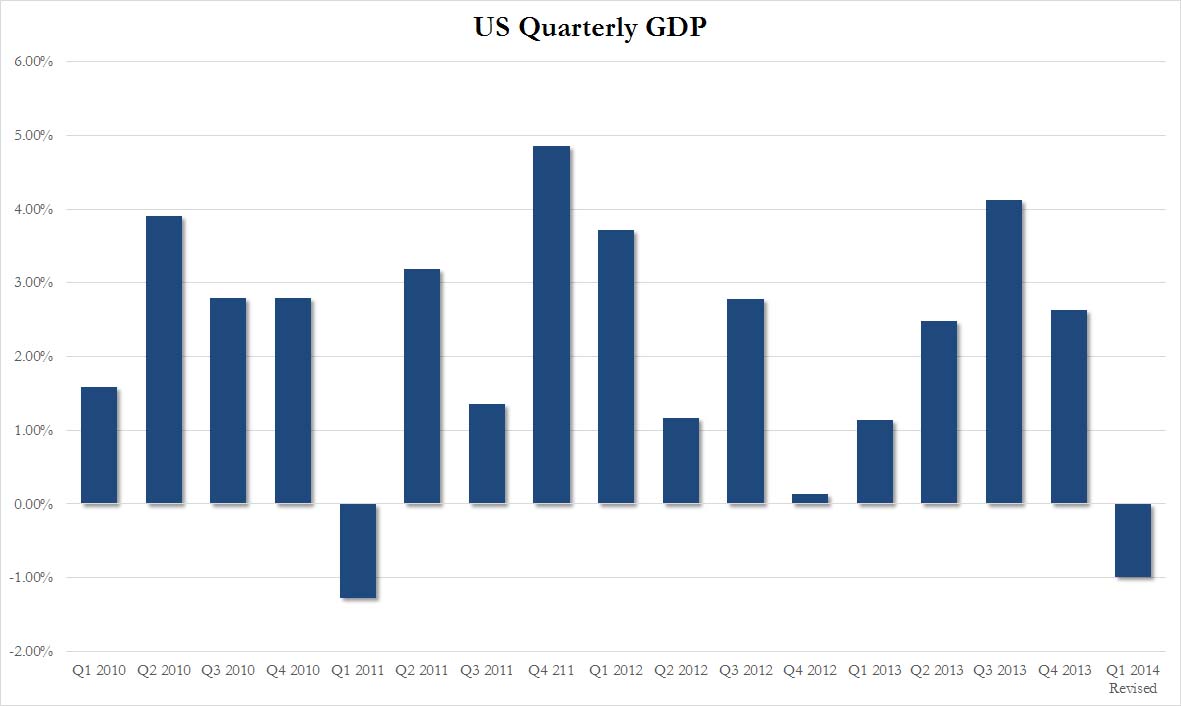 Joking aside, while the realization that nobody can fight the Fed except a cold weather front, is quite profound, in the first quarter GDP “grew” by a revised -1.0%, down from the +0.1% first estimate, and well below the -0.5%  expected, confirming that while economists may suck as economists, they are absolutely horrible as weathermen. This was the worst print since the -1.3% recorded in Q1 2011.

Bottom line: for whatever reason, in Q1 the US economy contracted not only for the first time in three years, but at the fastest pace since Q1 of 2011. It probably snowed then too.

The breakdown by components is as follows: 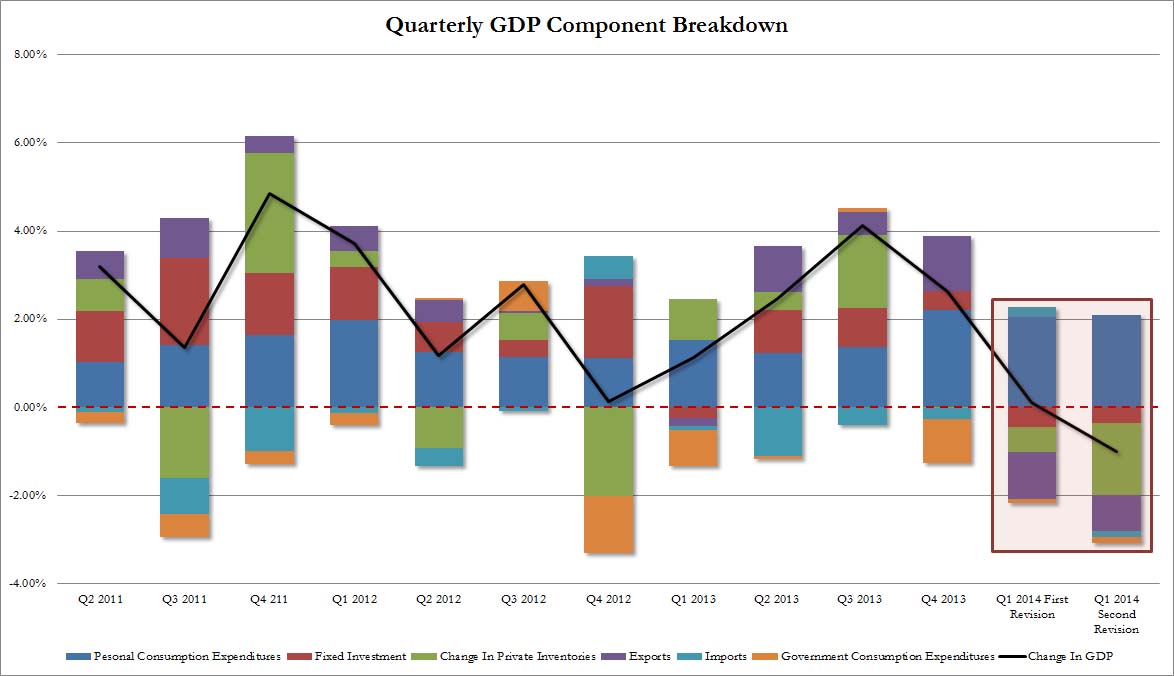 So there you have the priced to perfection New Normal growth (inclusive of “harsh weather”, which obviously has to be excluded for non-GAAP GDP purposes), which also now means that in the rest of the year quarterly GDP miraculously has to grow at just shy of 5% in the second half for the Fed to hit the “central tendency” target of 2.8%-3.0%.

And now we await for stocks to soar on this latest empirical proof that central planning does not work for anyone but the 1%.

1 thought on “RECOVERY: US Economy Shrank By 1% In The First Quarter: First Contraction Since 2011”