You can’t make this up. An initial dump in gold happened when Europe was getting going late last night but as the US wakes up and markets get active, someone (panic-seller) decided it was an entirely optimal time to sell $520 million notional gold futures – sending the price of the precious metal down $7. Intriguingly, though the notional size was large, the actual move is not as large as we have become used to with the ubiquitous Slamdowns (and it’s a Tuesday). At the same time, USDJPY was ramped… because we must maintain the appearance that stock markets are operating normally despite civil wars, coups, global growth slowdowns, and de-dollarization growing. 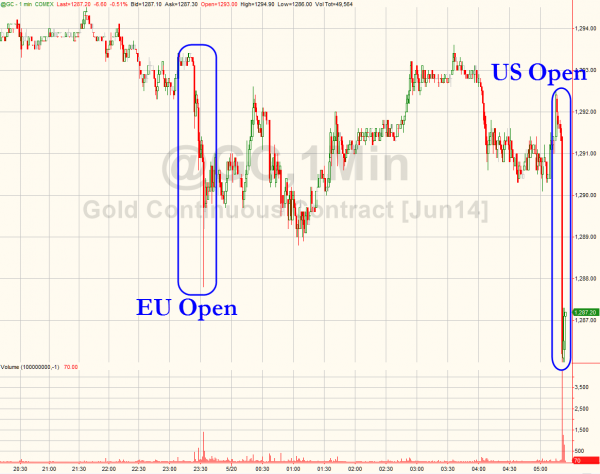